The Business of Misinformation 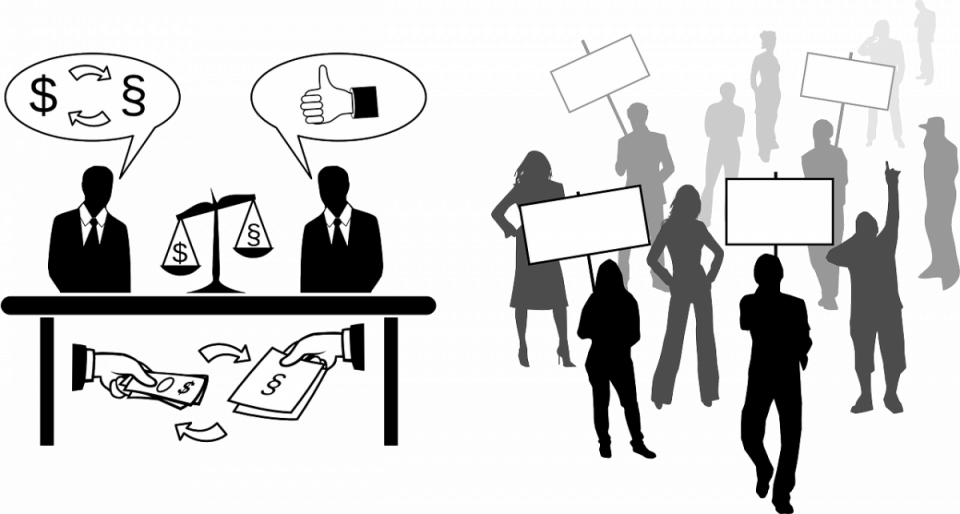 A CMDS project mapping the individuals and companies that own misinformation websites and their links to institutions, parties and other individuals.

Nothing in the early life of Tibor Eliot Rostas was indicative of a career in conspiracy theories. A graduate of the Academy of Fine Arts and Design in Bratislava, Rostas seemed to have the makings of an artist. In his youth, he sang with Shellwoy, a Bratislava-based dark pop band. In 1997 he joined Markiza TV, the leading Slovak television station by audience where he directed Kakao, a children show. A period of successes as a creative director in the Slovak advertising industry followed.

However, in late 2000s, Rostas left the advertising glory behind and went on his own. The company he created in 2012, a graphic design shop known as Sofian has become today one of the most prominent players in the Slovak misinformation market. Sofian runs Zemavek.sk (“Zem a Vek” means “earth & age” in Slovak), a website that produces and recycles conspiracies on a plethora of topics ranging from health to science to politics.

For Rostas, now living in Bratislava with wife and two children, the Zem a Vek project seemed to be a hobby: an online platform designed to share all his outlandish ideas and theories. But over the course of five years, his website project turned into a source of cash that is more than what a Slovak family can dream of. Between 2012 and 2017, Sofian quadrupled its annual revenue to nearly €405,000. The year 2014 was the real breakthrough: the website that year generated almost half a million euros, an increase of over 500% compared to the year before.

But Zem a Vek is just one of the bogus websites that have mushroomed in Slovakia during the past five years, according to data collected in the Media Influence Matrix research and advocacy project run by CMDS. Most of these websites “are flogging a nationalistic, pro-Russian, anti-EU/NATO/USA and anti-immigration worldview,” according to the Media Influence Matrix Slovak report. Many of them support a right-wing, nationalist agenda. Another Slovak conspiracy website, Hlavne Spravy (which means “headline news” in Slovak) is known for its outright support for the far-right People’s Party-Our Slovakia (LSNS).

But Slovakia is not an isolated case. Such bogus websites have inundated Europe in the past few years. They operate and expand in a myriad of forms and formats. In Bulgaria, an online citizens-driven initiative known as Clean Internet has identified Stefan Proynov to be responsible for managing dozens of websites and hundreds of Facebook profiles spreading fake content and “trolling.” Proynov operates his fake news farm with support from his wife Elena Dimitrova and son Adrian Dimitrov. On a daily basis, they share hundreds of stories criticizing refugees, Turks and Roma people, or supportive of the Russian government, according to the Media Influence Matrix Bulgarian report.

Literature about the growing fake news phenomenon abounds. Academic studies about the impact of misinformation are generated at a good clip. The influence of Russia in the 2016 American elections through fast-spreading fake news still makes the headlines. In 2018, European Commission, EU’s executive arm, created a high level group to look into the issue and advise the commission on how to combat misinformation. Nothing is fancier these days among universities and donors than to set up truth or trust commissions to battle misinformation.

It is hard to remember a media studies topic that has ever attracted so much time and money.

Lately, however, more hard-headed experts are warning about the exaggeration behind the fake news hubbub. Brendan Nyhan, a political scientist and professor of public policy at the University of Michigan, wrote in a recent study that fears about the spread and influence of fake news “have been over-hyped.” The scope of the problem and its effect on American politics, he says, were exaggerated or just plain wrong.

It is time to pragmatically look into this niche of our news and information system to properly understand the scope of the problem (if there is one). As a contribution to these efforts, CMDS’ Business of Misinformation project aims at mapping the companies and individuals owning, controlling or running fake news websites. Such a map, presenting the ownership, sources of funding and links with other entities, will help understand the scope of the problem and the actual power fueling misinformation online.

Building on the vast literature aimed at defining “fake news”, particularly the work done by First Draft, the Business of Misinformation project canvasses websites that systematically and methodically create and target false information to persuade audiences to adopt ideas and ways of thinking embraced by their original promoters or their sponsors, be those political, social, economic, health-related or else.

We do not include in our sample mainstream media, either government- or commercially owned, that inadvertently or purposely spread propaganda. We recognize that the power of those media outlets is a major part of the declining trust in media and journalism, which we examine through our larger media system-focused research work, particularly CMDS’ Media Influence Matrix. The Business of Misinformation includes players in the misinformation industry consisting of locally run online portals that are presenting themselves and are perceived as independence voices.

The methodology for this project consists of the following steps:

1). Collection of data on misinformation websites

The following three categories of websites are included:

Based on direct observation and content analysis, we will provide brief descriptions of the websites and 3-5 examples of misinformation content.

2). Collection of ownership and financial data

Using desk research, we collect data mainly from public trade registries and corporate accounts as well as investigative journalism websites such as Investigative Dashboard and Open Corporates to create profiles of owners, including basic financial data.

3). Organizing the information into database

Based on the information collected through these sources and available network analysis projects as well as on-the-ground investigations conducted by journalists, we are creating a database of misinformation traders that we will present online and update regularly. The database is also planned to feature links with other entities, including parties, churches, institutions or individuals, based either on commonly held IP addresses, Google AdSense account numbers, physical incorporation addresses or commonly held assets. The database will be the base for analysis and articles, which, by featuring links between all these various entities, internally or cross-border, is expected to offer a better understanding of the scope of the problem.

The reports are also available in an e-book. See more details here.

In order to give more visibility to the issues we have been studying and to benefit from investigative journalists` skills, we cooperated with journalists to dig deeper into some of the stories covered by our reports in three countries.

Hvg.hu, one of the most trusted and read media outlets in Hungary published an investigative article based on the Hungarian report. The English translation is published with the outlet’s permission. You may read the original article (published on December 19, 2019) in Hungarian here.

Slovak media outlet Denník N published four investigative articles based on Slovak report. You can find their English translations (published with the outlet’s permission), with links to the original articles in Slovak here:
- People Die in Slovakia as They Fight Cancer With Marijuana and Other Plants
- Charlatan Page Bádateľ Also Spreads the Propaganda of ĽSNS, Linking Its Party Leader With Vaccination Rumours
- Hlavné Správy Web Cooperates With Harabin, Helping Him Target His Advertising Better
- Blaha Masters Misinformation Scene, No Conspiracy Website Can Beat Him

Romanian media outlet PressOne published an investigative article based on the Romanian report. You may read it in Romanian here.

Eurozine also published an article on the project, written by Judit Szakács. You may read it here. 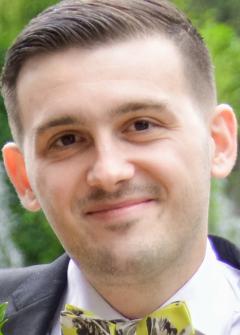 Semir Dzebo is currently a doctoral student at the Department of International Relations at Central European University. His research interests include civil wars, ethnic conflict, Southeast European politics and international relations at large. Moreover, he is also interested in devising strategies to combat misinformation and using podcasting to disseminate academic research. 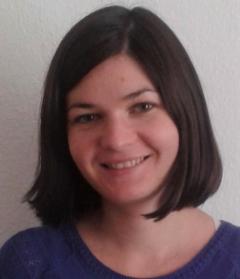 Dumitrita Holdis works for CMDS's Media Influence Matrix – Romania case study as a researcher. Previously she has been managing the “Sound Relations” project together with Ian M. Cook, while teaching courses and conducting research on academic podcasting. She has previously done research on media representation, migration, and labour integration. She holds a BA in Sociology from the Babes-Bolyai University, Cluj-Napoca and a MA degree in Sociology and Social Anthropology from CEU. She also has professional background in project management and administration. She has worked and lived in Romania, Hungary, France and Turkey. 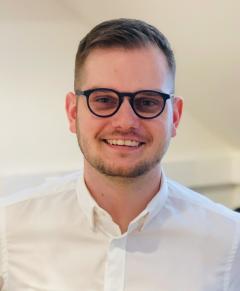 Jozef Michal Mintal is a PhD student in International Relations at Matej Bel University. He is also the Co-founder of the UMB Data&Society Lab, where he is currently the IBM CARWST Research Fellow, working under the Cognitive Analytics for Real-World Security Threats (CARWST) research project funded by IBM. Jozef’s research focuses on the interaction of digital technologies with society. His is currently involved in research projects on computational propaganda, and in a project on mapping disinformation websites together with the Centre for Media, Data and Society at the CEU. His PhD dissertation focuses on the weaponization of content volume and content diversity levels on digital platforms in the V4. Prior to pursuing his PhD he worked at senior positions in various NGOs in the field of foreign and security policy, and start-ups. 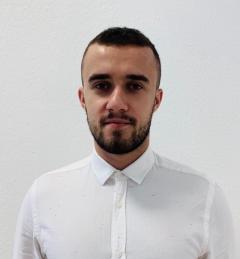 Alex Rusnák is a graduate student in the two-year MA Program in Political Science at Central European University (CEU) where he is specializing in political communication. Prior to enrolling at CEU, he earned a BA in Political Science with a focus on European Studies at Comenius University, Bratislava. During his undergraduate studies, Alex studied at the Institute of International Relations and Political Science at Vilnius University as a part of his Erasmus+ student mobility. He is generally interested in political campaigns, social media, big data and the impact of disinformation on politics. Alex has conducted several internships and has been working at the National Council of Slovak Republic, the Department of European Affairs.

With questions about the project, please contact Eva Bognar.