The goal of this project is to map the relations between political consultancies and strategists, on the one hand, and news media and journalism, on the other. To achieve that, we suggest conducting research on a country-by-country basis.

In recent years, political strategists and consultancies have massively changed the way they operate, particularly as a result of new technologies that allow them to deploy more powerful tools to reach the electorate than they had at their disposal before. The work of these players usually remains hidden from the public eye mainly because they are not keen to share the methods they use to promote political parties and candidates, or simply because they do not want to expose some of their practices, arguably unethical, used to target the electorate. In some of these cases, as the infamous Cambridge Analytica scandal showed, the work done by political consultants is simply illicit, a sufficient reason for these players to try to keep a lid on their business.

While a series of investigations and research about political strategists and consultancies has appeared in recent years, a methodical mapping of these organizations and individuals on a country-by-country basis hasn't been carried out yet, which is what this project plans to achieve.

In line with CMDS' strategy which is built around researching the key forces that affect independent journalism, the focus of this project is on explaining the power dynamics between political consultants and news media, with a particular focus on ownership links, financial transactions or other forms of influence.

It is not the goal of this project to analyze the impact of these groups and individuals on the local political culture, the electoral achievements of one political party or another, or the fairness of various elections. Instead, what we want to achieve through this project is to shed light on the main political consultancy operations and their impact on the independence of the news media. 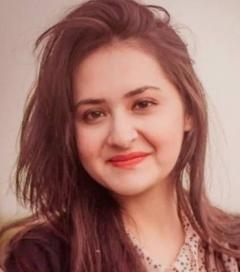 Hooriya Rashid graduated in 2018 from the Department of Legal Studies at CEU. In the past she worked for women empowerment, refugees, migrants, Roma community and persecuted religious minorities in Pakistan. She also has vast experience of working with various UN organizations at Budapest.