Blaha Masters Misinformation Scene, No Conspiracy Website Can Beat Him

Slovak media outlet Denník N published an investigative article based on the report on Slovakia in our Business of Misinformation project. This English translation is published with the outlet’s permission. You may read the original article (published on February 26, 2020) in Slovak here. 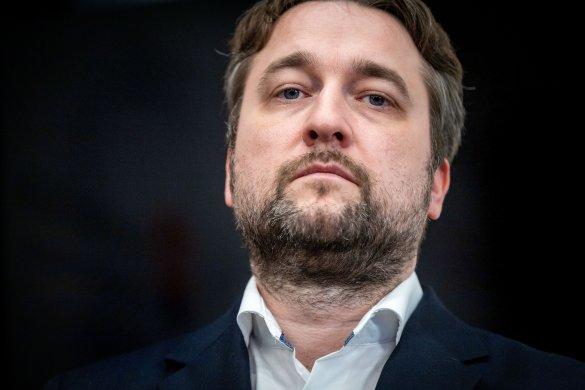 Ľuboš Blaha is not only the strongest Slovak politician on Facebook, his popularity on social media also defeats all Slovak misinformation websites and pages with any problematic content.

Blaha received over 3 million likes, comments and shares on Facebook last year, Hlavné správy got 1.6 million. This is based on the analysis of the daily newspaper Denník N, using the CrowdTangle and Socialbakers tools. 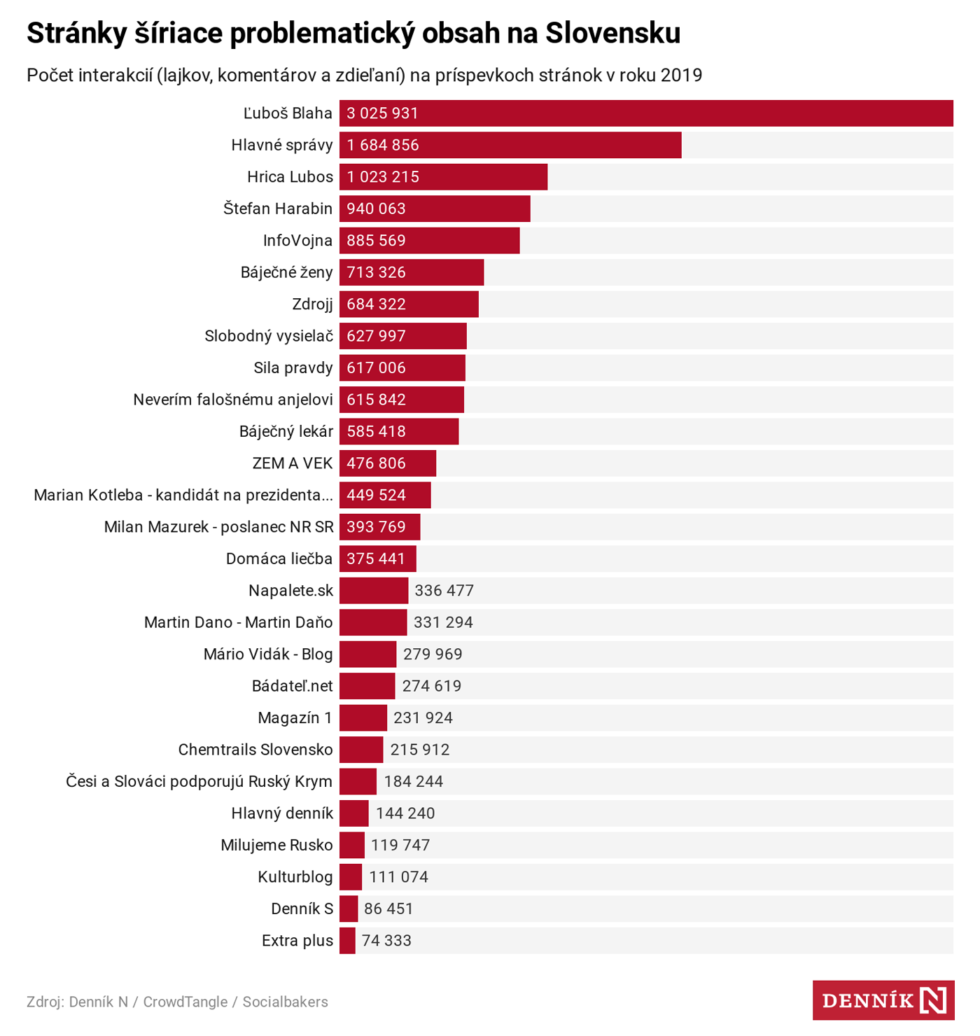 Blaha’s great outcome was also boosted by advertising on social network. Since March 2019, he pumped in more than €14,000 to help spread his posts. Serious media also use advertising, but their expenses are considerably lower.

Ľuboš Hrica, a Slovak living in Italy, tops the list of most popular posts from last year. He shares the content of Kotleba’s ĽSNS party and videos of former Italian Deputy Prime Minister Matteo Salvini.

Last year, ten of the top 20 posts on problematic sites were from Hrica.

Blaha and Milan Mazurek had three posts each in the top 20, other two posts were from the website Neverím falošnému anjelovi (I don’t believe in fake angel).

Amongst the 100 most popular posts of last year (the whole table is included in the original article) there are none from the familiar misinformation sites. Only Kulturblog is represented there twice and Bádateľ once.

Based on the Aktuality news web findings, the administrator of Bádateľ is Vladimír Uhlár. The site primarily focuses on sharing medical myths, but this year started to support Kotleba’s ĽSNS party.

Kulturblog was blocked on Facebook this week along with six other sites that were linked to Kotleba’s ĽSNS.

“We detected a network of sites that look like independent news media, but in fact are connected to individuals on the right political spectrum,” David Agranovich, the head of Facebook’s specialised team on detecting global threats, told Denník N.

Misinformation sites are not amongst the most popular posts of the year, because they mostly share links to their own articles. The Facebook does not show these to people as often as videos, statuses and images.

Therefore, among the 100 top posts of 2019 are 60 videos, 27 photos, 12 statuses and only one article link. This link is to an article about the importance of bees that was shared by the Bádateľ site in December. The post had over 8,600 interactions. 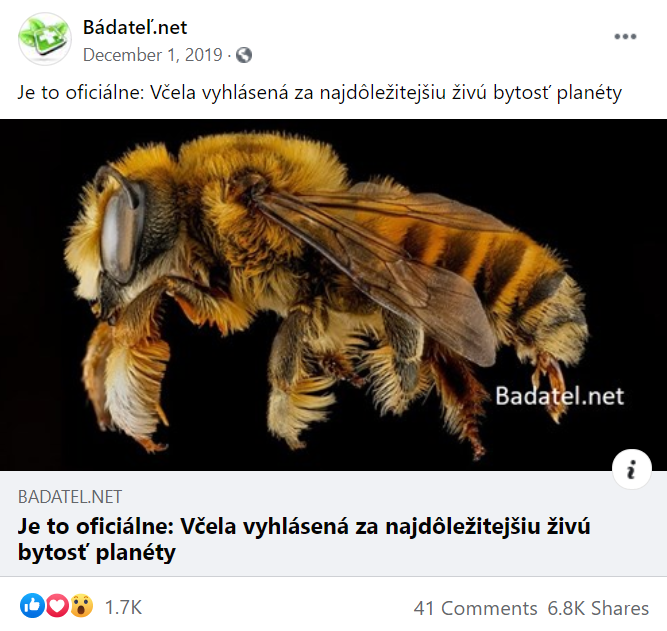 The reason Blaha and Hrica are successful on Facebook is because most of their production are videos, which are prioritised by social networking algorithms over other formats.

Misinformation sites have four main sources of revenue: advertising, crowdfunding, sales of products and services, and 2% of taxes.

In 2018, for example, the Sofian publishing house, which publishes the Zem a vek (Earth and Age) magazine, had total revenues of €430,000. The Eureka company, which publishes Hlavné správy, generated nearly €154,000. Mayer media publishing Extraplus received €133,000. The data was summarized in a study by the Central European University.

The leader in crowdfunding is Slobodný vysielač, which usually collects between 8 to 10 thousand euros a month.

The election campaign also helped some conspirators. Although most politicians do not buy advertising on misinformation sites, some candidates took advantage of these options.

For example, the SNS party spent more than €14,000 on advertising at Hlavné správy, as can be seen on the party’s transparent account. Kotleba’s ĽSNS bought web advertising for €6,696.

Based on the transparent account, the Vlasť party invested nearly €4,300 into advertising at Hlavné správy. The website also helped the party’s leader Harabin by giving him information about its readers, so that he could target his ads more effectively.

The article is part of the Business of Misinformation project, run by the Center for Media, Data and Society at Central European University. The project was supported by the Independent Journalism Program from Open Society Foundations.