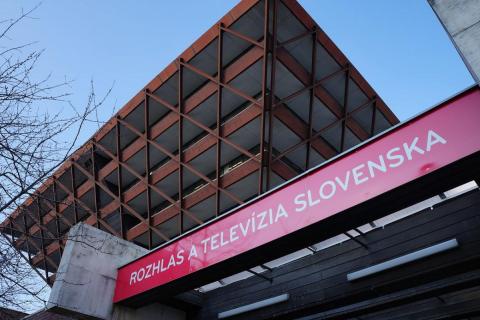 The oligarchs’ grip on the Slovak media continued to strengthen in the past year, but a few doughty independent media put up fierce resistance.

News consumption in Slovakia is high compared to other countries in Europe. More than two-thirds of Slovaks read news portals, newspapers or news magazines in 2017. Slovaks are also avid consumers of television, which remains the most dominant news medium in the country, but radio is also popular.

At the same time, the print media industry continues to experience a dramatic decline in Slovakia. Between December 2013 and August 2019, the daily newspaper market lost nearly over 38% of the sold copies, while regional dailies suffered even steeper declines.

The most influential players on the Slovak news media market, measured by their financial power, are the government (which controls the system of license fees for the public broadcaster and also gives subsidies and state advertising contracts to the media) and several private actors, mainly politicians and financial groups, according to the 2020 edition of Funding Journalism in Slovakia report published today as part of the Media Influence Matrix series run by the Center for Media, Data and Society (CMDS).

“With the exception of several private players, the amount of public funding dwarfs the turnover of most media companies in Slovakia,”

In the past two years two major trends characterized the Slovak news media market: the decrease of foreign ownership and the further consolidation of the oligarchic power. The most important event was the purchase of Markiza TV, Slovakia’s most watched and most profitable media company, by PPF Group, a powerful financial conglomerate controlled by the Czech oligarch Petr Kellner. Another important deal was the sale by Ringier Axel Springer, a Swiss-German publisher, of Novy cas, Slovakia’s most read newspaper, to Anton Siekel, an oligarch connected with Slovakia’s powerful financial and investment groups.

the participation of foreign companies in the Slovak news media market is practically reduced to a single player,

Ringier, which decided to narrow its focus to a clutch of online media, including its most important asset, Aktuality.sk, which has become the most read news portal in Slovakia,” the report states.

Two large financial groups, Penta Investments and J&T also have a strong influence in the Slovak news media. In the 1990s both reaped spectacularly high profits from state companies. They have vested interests, doing business with the government, especially in regulated sectors such as healthcare and energy.

Other prominent players in the Slovak news media sector are a small group of businessmen and politicians, including Andrej Babis, prime minister in the Czech Republic.

According to the report,

“news is not highly profitable in Slovakia, with six of the ten largest companies in the market incurring losses in the period 2014-2018, but a lucrative subscription-based model is emerging, primarily in digital publishing.”

The most popular non-tabloid daily in Slovakia, Sme is also moving towards this model as their print circulation steadily declines. Encouragingly for the news business, DennikN, a news outlet established in 2014 by a group of breakaway reporters from Sme, continued to boost its profitability in recent years thanks to a paywall model that helped them break even in only two years after launch. Its publisher became in 2018 the fourth most lucrative news business in the country, an incredible performance for such a young player.

The 2020 edition of the Funding Journalism: Slovakia report is part of Media Influence Matrix, run by CMDS through a global research and advocacy alliance, the Media and Power Research Consortium, which consists of more than 50 organizations, including academic institutions, advocacy groups, journalist networks and NGOs. The report is an update of a 2018 report based on the Media Influence Matrix methodology.

The other 2020 editions of the Slovakia Matrix reports will be published in the upcoming weeks.