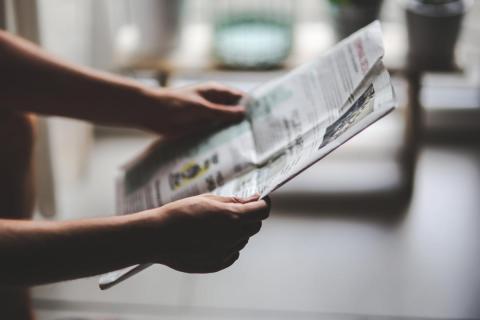 A new generation of brash journalism outlets challenge the highly concentrated media system in Romania. But many of them remain highly vulnerable, according to Funding Journalism: Romania, the most comprehensive analysis of the country’s media in decades, released today by CMDS.

In Romania, media outlets able to generate sufficient cash on their own can afford to be apolitical. But only a few major television chains and best-selling tabloids newspapers are in that position. The rest, particularly print media and outlets serving local communities, are highly vulnerable to pressures coming from all directions: politicians and political parties, government and municipalities or local businessmen, according to a new report from the Center for Media, Data and Society (CMDS) that maps the Romanian media market, unearthing key data on its sources of capital.

With more than 3,000 printed publications and dozens of television and radio channels, the Romanian media looks vibrant and diverse. But in reality, a handful of players control most of it. A few large companies including Central European Media Enterprises (CME), Intact Media Group and RCS&RDS have amassed massive economic and symbolic power to influence media content at a very deep level.

But unlike some neighboring countries such as Hungary or Bulgaria, where media has been captured by a small group of oligarchs and politicians, the Romanian media system is not anymore the fiefdom of a few powerful media moguls that was a decade or so ago. “The system still sports a high concentration of power, especially in the television field, but the dominance has more an institutional than personal character typical for mogul-dominated media systems,” Dumitrita Holdis, the report’s author, wrote.

Television remains the preferred medium for news consumption in Romania: some 84% of the public uses television as a primary source of news. In contrast, the print press is facing the worst crisis ever, following a dramatic decline in circulation and funding. The sector is moribund. Only two nationwide newspapers, both tabloids, sell more than 10,000 copies, which is an extremely low figure for a country of 19 million people.

The state is an active player in the media, but that doesn’t help. It exerts power by funding or de-funding news media companies. The government directly funds the public broadcasters, TVR and Radio Romania, purchases advertising space in the media and uses tax amnesty, which are all ways to control media.

Local media are in a dire situation. The sector seems to be diverse and competitive: hundreds of media outlets cover the country’s 41 counties. Many of them earn profits. But the reality behind these figures is much grimmer. Most of the local media outlets in Romania survive solely thanks to local municipalities or oligarchs. Worryingly, news deserts have expanded at a rapid pace in recent years to swathes of the country. In rural areas, newspapers are not distributed anymore and internet use is frugal, leaving many with the sole option of watching the large television channels.

On the other hand, innovation is reaching new peaks in Romania’s journalism. A slew of journalistic initiatives are experimenting with new formats and funding models. They include Recorder, a video journalism project founded in 2017 by four local journalists, which is experiencing a steady growth in income; DOR, a magazine focusing on storytelling and long-form reporting that supports itself through subscriptions and sales of merchandise, but also advertising and grants; and Safielumina.ro, an investigative portal specializing in coverage of church affairs, particularly the Orthodox Church of Romania (BOR), a powerful and corrupt institution.

However, most of these outlets are catering to a group of mostly affluent people who live in the city. As Romanians are still reluctant to pay for news and journalism, they are still looking for their business model, remaining highly vulnerable to unforeseen changes in the market or to attacks from wealthy businesses and governments.

The Funding Journalism: Romania report is part of Media Influence Matrix, run by CMDS through a global research and advocacy alliance, the Media and Power Research Consortium, which consists of more than 50 organizations, including academic institutions, advocacy groups, journalist networks and NGOs. The main goal of this project is to investigate the profound impact that rapid shifts in policy, funding and technology are having on journalism today. Each country report consists of three studies, covering politics and policy, journalism funding and technology.

The remaining two chapters on Romania, one covering policy and politics and the other one focused on the role of technology companies in media and journalism, are planned to be published in July and September 2019, respectively.