Local Media in Romania Earn Profits, But Only on Paper 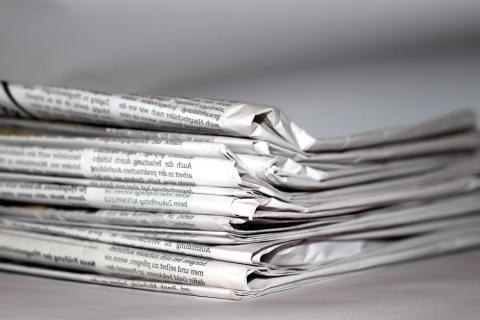 The majority of local media outlets in Romania managed to earn profits in 2017, but in reality, Romanian local media experience a profound financial crisis. Most outlets survive solely thanks to local municipalities or oligarchs who fund media to prevent critical coverage, according to a new report of the Media Influence Matrix project, to be published on May 3.

At first glance, Romanian local media seems to be a diverse and competitive sector with hundreds of media outlets covering the country’s 41 counties. However, in reality, many of these outlets are dormant websites that haven’t been updated in a long time. Most of the local media companies in Romania operate on small budgets, pinching pennies everywhere they can. Only eight out of 75 prominent local media operators mapped by Center for Media, Data and Society’s Media Influence Matrix project have a yearly turnover of more than €1m. Nearly half of all 75 companies operate with yearly budgets of less than €100,000. (See detailed financial data here)

According to a new report in the project, Funding Journalism in Romania (to be published on May 3), only two local media operators netted more than €100,000 in 2017; however, the same year, most of the 75 local media mapped in the report managed to earn profits, which is an exceptional performance in a country where journalism is struggling to survive.

But these figures are misleading, Romanian local media experience a profound financing crisis. In reality, most of the local media outlets survive solely thanks to local municipalities or oligarchs who fund media to prevent critical coverage about their and their allies’ businesses. Editors-in-chief and publishers chasing local authorities to secure annual marketing contracts from municipalities as a way to survive have become a common practice, according to the report. News portal Recorder published in 2018 a list of local media outlets funded through advertising contracts by local councils and town halls. The awards are small, ranging from a few hundreds to a few thousands of euros monthly; however, for papers that employ a couple of journalists any cash is important as it helps them cover their salaries.

CMDS is running Media Influence Matrix as part of a global research and advocacy alliance, the Media and Power Research Consortium, consisting of more than 50 organizations, including academic institutions, advocacy groups, journalist networks and NGOs. The main goal of the research project is to investigate the profound impact that rapid shifts in policy, sources of funding and technology companies are having on journalism today. Each country report consists of three studies, covering politics and policy, journalism funding and technology.

The entire report, Funding Journalism in Romania will be published on May 3, 2019.