Technology in Romania: Fast Is Not Fair 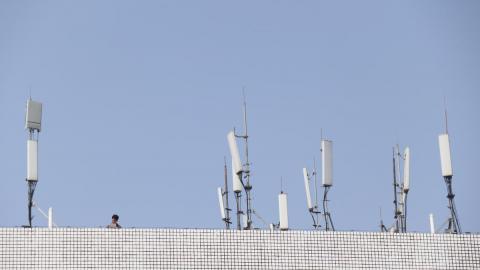 Romania has one of the most competitive technology markets in the world. But who benefits from it?

The tools Romanians use to access the internet reflect larger trends in technology and digital media. Smartphones are now ever-present; the internet is used by more than two-thirds of the population, a significant increase from less than 40% in 2010.

Specific for Romania is the country’s sometimes surprisingly performant and accessible technology: the speed of the internet often reaches high levels and data and mobile packages are affordable for many. If access were measured strictly on technical terms, Romanians would look like a highly privileged people.

Nevertheless, the digital divide in the country remains wide to the disadvantage of the elderly, the Roma, women and other vulnerable groups living in rural areas, according to a new report about technology, public sphere and journalism in Romania, released today by the Center for Media, Data and Society (CMDS). “Some Romanians are luckier than others in having performant technology available to them: young and mature adults from urban areas benefit the most. In contrast, older people living in rural areas still lack affordable and easy access to the internet,” Dumitrita Holdis, the report’s author wrote.

There are other differences compared to most countries in the European Union: Romania has lower internet penetration rates, higher television consumption and a saturated mobile telephony market. The internet is still a platform primarily used for communicating and for collecting information, while internet banking, watching videos online, and e-commerce are not very common.

Technology giants such as Google, Facebook and Microsoft dominate the operating system, browser and social media markets. A concentration of economic power is also present in the telecom market with four big players (Orange, Vodafone, Telekom and Digi) divvying up the telephone, internet and cable business.

According to Ms Holdis, “while people benefit from a very competitive market and enjoy fairly cheap services, the implications of convergence on the content made available to consumers are less beneficial for citizens.”

If major companies start controlling both the infrastructure and media content, the production of good quality journalism is likely to be affected. If these companies also establish ties with the political elites and start endorsing certain ideologies, they can start having an unwarranted impact on society. So far, except for Digi Communications, telecom companies have rarely intervened in discussing or taking positions on public affairs, so these worries are only hypothetical. But they are grounded in practices that could be observed already for years in Romania.

Social media is becoming increasingly influential as a source of information, with more than two-thirds of Romanians getting their news from social media platforms, especially from Facebook. Therefore, the role that social media, particularly Facebook, play in spreading disinformation is problematic for independent media and journalism.

Some 72% of Romanians think that fake news is a common phenomenon, a slightly higher proportion than the 69% average in the EU. Recent debates have prompted calls for regulation of the online media, but civil society organizations have been critical of such initiatives, fearing that they could pave the way to the reintroduction of censorship.

“People lack understanding of how the internet works, how algorithms function and how news is spread online, a problem that needs to be addressed if any serious debate on freedom, privacy and access is going to be socially inclusive,” the report concludes.

The Technology, Public Sphere and Journalism: Romania report is part of Media Influence Matrix, run by CMDS through a global research and advocacy alliance, the Media and Power Research Consortium, which consists of more than 50 organizations, including academic institutions, advocacy groups, journalist networks and NGOs. The main goal of this project is to investigate the profound impact that rapid shifts in policy, funding and technology are having on journalism today. Each country report consists of three studies, covering politics and policy, journalism funding and technology.

The other two chapters on Romania, Funding Journalism and Government, Politics and Regulation were published in May and August, 2019, respectively.