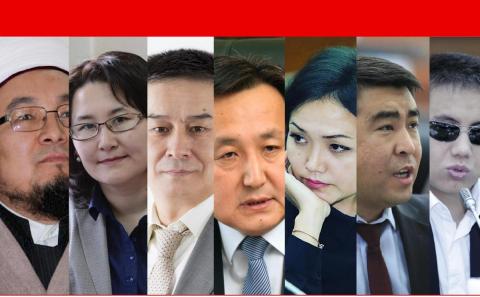 The environment in which journalists operate in Kyrgyzstan has improved significantly after a new president took the country’s helm in 2017. However, the country’s media remain tied to the government’s apron strings, according to a newly released Media Influence Matrix report.

When Almazbek Atambaev was president of Kyrgyzstan, journalists didn’t have a whale of a time. The country’s head often harassed media outlets by threatening them with lawsuits and financial audits. Fearing reprisals, many journalists routinely self-censored.

Things are much improved after Sooronbay Jeenbekov won the presidential elections in 2017. Pressures on independent media and journalists from government and politicians have lost intensity. Tax inspections are less frequent.

“many media in Kyrgyzstan maintain their fealty to the President’s Office and the Government, closely following the government’s editorial policy and rhetoric,”

according to a new report published by the Center for Media, Data & Society and Promotank Research Institute, an independent think-tank in Kyrgyzstan.

Gulnura Toralieva, the report’s author explains that, as a habit, authorities do not exert pressures on media in the first two years of their mandate, focusing first on strengthening their positions of power. Journalists thus expect Mr Jeenbekov to start harassing media and human rights defenders later during his term.

“[…] Not knowing what to expect from the newly elected authorities, they [journalists] choose to tread gingerly,”

Civil society organizations have strengthened their influence in the media, the report says. Authorities have become very responsive to criticism from civil society, regularly reacting to statements put forward by local NGOs. Foreign donor organizations are an important key player in the Kyrgyz media thanks to their financial support, which is desperately needed by many outlets in the country, according to the report, which is the first attempt to map the key influencers in Kyrgyzstan’s media policy field.

The Government, Politics and Regulation: Kyrgyzstan report is part of Media Influence Matrix, run by CMDS through a global research and advocacy alliance, the Media and Power Research Consortium, which consists of more than 50 organizations, including academic institutions, advocacy groups, journalist networks and NGOs. The main goal of this project is to investigate the profound impact that rapid shifts in policy, funding and technology are having on journalism today. Each country report consists of three studies, covering politics and policy, journalism funding and technology.

The remaining two chapters on Kyrgyzstan, one covering funding in journalism and the other one focused on the key technology players, are planned to be published in August and September 2019, respectively.