Experts in Research Methodology and Outreach 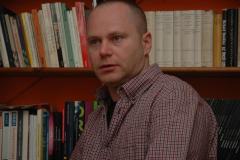 Péter Bajomi-Lázár is head of the Institute of Social Sciences and associate professor of Mass Communication at the Social Communication and Media Department of the Budapest Business School and editor of the Hungarian media studies quarterly Médiakutató. He previously worked as a senior research fellow for Media and Democracy in Central and Eastern Europe, a European Research Council project based at the Department of Politics and International Relations at the University of Oxford, and in 2003 he studied the history and standards of political journalism in the United States at the School of Journalism and Mass Communication at the University of North Carolina on a Fulbright Research Grant. He earned a PhD in political science at the Central European University in 2004. He has taught media sociology, media policy, and media history at various higher education institutions in Hungary, and has been conducting media policy research since 2001. He was granted the Hungarian Pulitzer Memorial Award in 2002 for his book on Hungary's "media war" (A magyarországi médiaháború, 2001). He has authored six monographs and edited six volumes. His latest book is Party Colonisation of the Media in Central and Eastern Europe (Budapest & New York: Central European University Press, 2014). 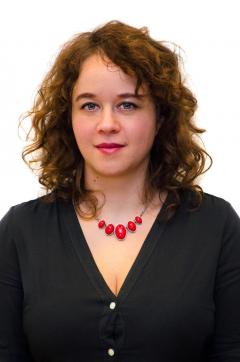 Éva Bognár is senior program officer and researcher at CMDS. Éva has been with the Center since 2006. As Project research officer of the three-year European collaborative research project "Civicweb - Young people, the Internet and Civic Participation", funded by the European Commission's 6th Framework Programme, Éva ran the project with research assistant Judit Szakács between 2006 and 2009. She has been managing projects and events (public lectures, workshops, conferences and the annual summer school) for the Center. Recently she has been studying Hungarian minorities and their use of online space; and media representation of migration. Her background is in sociology. 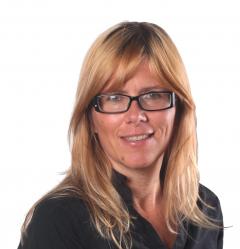 Amy Brouillette is the research and editorial manager of the Ranking Digital Rights project and a resident research fellow at CMDS. Prior to joining RDR, Amy served as director of the European Media Project at CMDS, responsible for developing and managing the Center's research and projects related to media and freedom of expression rights in Europe. Along with managing research, her work involved organizing and leading networking and training activities aimed at strengthening digital and freedom of expression rights, working in collaboration with key partners at the Organization for Security and Co-operation in Europe (OSCE), the United Nations Educational, Scientific and Cultural Organization (UNESCO), and digital rights groups. In addition to her work at CMDS, Brouillette has also served as a research consultant and scholar-in-residence at the Center for Global Communication Studies (CGCS), Annenberg School for Communications, University of Pennsylvania. 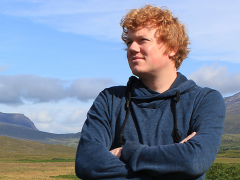 Ian M. Cook is currently a research fellow within the project 'Academic Podcasting: Digital Scholarship, Communities of Knowledge Production and the Elusive Search for the Public' at the Center for Media, Data and Society. With a doctorate in Sociology and Social Anthropology (CEU, 2016) and with an interest in time and space, South Asian studies, visual anthropology and urban studies, he has conducted ethnographic fieldwork in Mangaluru (India) and Budapest (Hungary) with research interests including: urbanisation, morality, rhythm, informal economies, modes of learning, housing, land use, development, migration, infrastructure and intercommunity relationships. Committed to engagement outside academia, he is a podcast host, blogger and organiser of various academically informed cross-over projects. 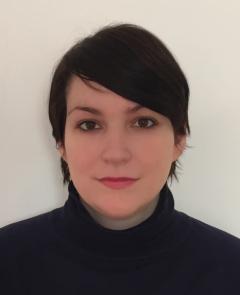 Anna Orosz is program assistant for outreach at CMDS and program coordinator of CEU's Visual Studies Platform. She is an experienced PR and communications expert with a strong background in journalism, marketing communication, CSR and digital media. She studied English and Comparative Literature at Eötvös Loránd University, specializing in modern British and postcolonial literature and gender studies. Prior to joining CEU she has worked as an editor and journalist at Pesti Est and as a communications associate at Egis Pharmaceuticals PLC.