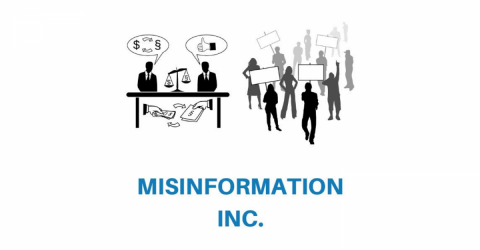 Established websites dominate the misinformation landscape in Serbia, usually with a strong political agenda. Favoring the government is rewarded with public money.

One would assume that people who run misinformation websites would try to hide their true identity due to the perceived amorality of this business.

That is not the case in Serbia.

The country’s misinformation landscape is dominated by established, out-in-the-open websites rather than anonymous, for-profit misinformation websites that have mushroomed, for example, in Bosnia and Herzegovina. These Serbian websites employ highly organized marketing teams that produce detailed advertising price lists and deal directly rather than via Google AdSense with customers who wish to advertise on their platforms.

“Unlike anonymous misinformation websites, they are not dependent on AdSense and do not have to move to a different domain if Google revokes the AdSense agreements,”

according to Misinformation Inc., a new report released today by the Center for Media, Data & Society (CMDS).

The misinformation platforms in Serbia have conventional ownership structures, which are often convoluted. Individual shareholders can be identified by tracing the connections between various companies.

The two most prominent figures who appear in misinformation articles are Dragan Đilas, the head of the main opposition party, and President Aleksandar Vučić, leader of the ruling party. Đilas is generally portrayed in a negative light while Vučić is almost always covered positively.

That is a strong indication that misinformation websites are in majority decisively pro-government. “This not only means that it is easier to conduct business for those who favor the government, but also that

The third most prominent person covered by misinformation sites in Serbia is Russian President Vladimir Putin, who is constantly represented positively.

In such an environment, it is difficult for anonymous misinformation websites to attract large audiences. The misinformation powerhouses dwarf them, but at the same time make their job easier giving them plenty of content to repost it.

“The hard part is competing with the outreach and infrastructure that large misinformation websites have,” the report concludes.

The report Misinformation Inc. is published as part of The Business of Misinformation, a CMDS project aimed at keeping track of the individuals and companies that own misinformation websites and their links to institutions, parties and other individuals. The project canvasses websites that systematically and methodically create and target false information to persuade audiences to adopt ideas and ways of thinking embraced by their original promoters or their sponsors, be those political, social, economic, health-related or else.