Spooks and Royals: How Media Policy Works in Jordan 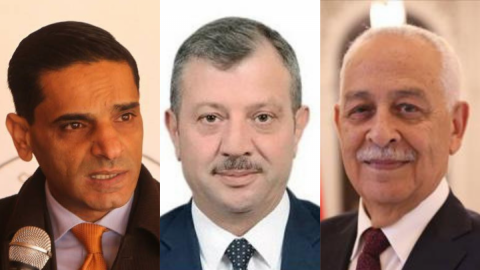 The secret service, government officials and the royals shape Jordan’s media policy. The consequences for the country’s journalism are dire.

The General Intelligence Directorate (GID), Jordan’s powerful secret service, has often been praised for its professionalism. Credited with foiling a number of terrorist attacks both in Jordan and abroad, it is one of the most effective intelligence agencies in the Middle East.

But GID’s powers extend far beyond security, making it one of the most influential players in Jordan’s media policy as well, according to a newly released report from the Center for Media, Data and Society (CMDS).

“In Jordan, the executive branch and important figures in the intelligence community play a leading role in shaping media policy,”

Ian Graham, a CMDS researcher who authored the report, wrote. “Key figures among the Council of Ministers (the prime minister’s cabinet), the Royal Court, and the intelligence services exert tremendous influence in determining the content of pieces of draft legislation related to media and information.” Moreover, they have a big say in decision-making at the Jordan Media Commission (JMC) and the Telecommunications Regulatory Commission (TRC), the country’s main media regulators.

Such disproportionate influence has untoward consequences for news media and journalism. Regulatory decisions reinforce self-censorship and prevent new players from launching operations. For example, in 2016, the JMC ordered media outlets to publish news about the king or the royal family solely based on official statements released by the Royal Court’s spokespeople. A year later, JMC released a new regulation that requires all new online news sources to employ five journalists to be able to obtain a license, which is a burden for small, independent news outlets.

“For years, free press advocates have argued that existing policies that require media outlets to receive a license from the JMC to legally operate in Jordan constituted a powerful form of prior censorship exercised by the executive branch,” according to the CMDS report.

In Jordan, print publications must get a license to operate legally. Failure to do so carries harsh penalties. Moreover, legal provisions introduced in 2012 made online news media subject to the same rules and regulations that govern print media.

It is the job of the director general of JMC to decide, oddly without any criteria in place, which websites qualify as news media. Those that do must plunk down US$ 1,400 to pay their licensing fee, which is more than twice the average salary in Jordan. Some walk the plank, but those that do not comply risk being blocked.

But authorities are getting some pushback from new public interest media outlets and freedom of expression activists who are “becoming increasingly vocal actors in conversations about media reform,” according to CMDS’ Graham whose report is a first attempt to map and profile the key influencers in Jordanian media regulation.

The Government, Politics and Regulation: Jordan report is part of Media Influence Matrix, a project run by CMDS through the Media and Power Research Consortium, a global research and advocacy alliance, which consists of more than 50 organizations, including academic institutions, advocacy groups, journalist networks and NGOs. The main goal of the project is to investigate the profound impact that rapid shifts in policy, funding and technology are having on journalism today. Each country report consists of three studies, covering media regulation, the state of journalism funding, and technology.

Two more chapters on Jordan, one covering technology, journalism and public sphere and a second one focused on the sources of funding in Jordan’s media are slated to be released in Q4 2019.