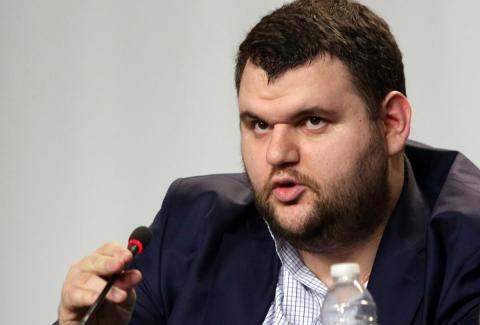 Decision-making in the Bulgarian media regulation and policy is a highly politicized process dominated by a few groups of businessmen associated with political parties. Political control of media regulation has a negative impact on independent journalism in the country, according to a new report released today by the CEU Center for Media, Data and Society (CMDS).

The report shows that Boyko Borisov, the country’s Prime Minister, has a massive influence in media affairs. That is not unusual in the region. However, Borisov’s influence is extraordinary as he is said to directly reach out to journalists and media owners to order them to give him good coverage. Borisov has close links with Delyan Peevski, a powerful Bulgarian MP who has built a media empire of his own during the past decade. This, combined with his political power makes Peevski the man who practically controls everything in Bulgaria’s politics and business.

As an example of how he uses power to attack opponents, Peevski presented last February to Parliament a bill on the disclosure of owners and financing of print media. Although it is formally aimed at increasing transparency of media ownership, the bill is a masked attack on a specific group of media outlets, critical of Peevski. They include Ivo Prokopiev, one of the most influential entrepreneurs in the Bulgarian media space.

Several civil society organizations are pushing back against the oligarchic control in the media. However, their influence remains weak. An initiative of the German foundations Konrad Adenauer and Hans Seidel to develop a new press act launched in 2012 at the invitation of the Prime Minister Borisov went nowhere. Various industry associations, particularly advertising spenders, provide formal structures to influence media regulation. But their actual influence is limited. Major media owners are those who hold the power in the country’s media.

Not much is expected from media regulators either. Five members of the Council for Electronic Media (CEM), the country’s main broadcast regulator, are appointed by the President and elected by the Parliament. Citizens have no say in nominating the CEM members.

Ownership concentration is regulated by the Commission for the Protection of Competition (CPC), the Bulgarian antitrust watchdog. In March 2018 the CPC launched a media sector analysis that aims to assess the effectiveness of the current legislation. Given the relative independence of the CPC’s leadership, this analysis could provide the basis for an informed policy debate, journalists interviewed by CMDS said.

Bulgarian media needs thorough reform, starting at the policy level, to ensure more diversity and transparency, according to journalists interviewed by CMDS. They say that international organizations should make more sustained efforts in that area; occasional interventions and intermittent pressure hardly make a difference.

“Bulgaria: Government, Politics and Regulation” is part of a three-report series on Bulgaria. Another report, “Bulgaria: Technology, Public Sphere and Journalism” was published in August 2018. The last one, “Bulgaria: Funding Journalism,” is slated to appear in late November 2018. The Bulgarian report series is done with the participation of the Media Development Center (MDS) in Sofia.

The reports are published as part of the Media Influence Matrix, a global research and policy project run by CMDS. The project has so far generated reports on Slovakia, Czech Republic, Russia and Bulgaria. Work on more than 20 Media Influence Matrix country chapters, including Hungary, Georgia, Moldova, Kazakhstan, Jordan, Nepal, India and Kenya, is ongoing.

If you're interested in the project, get in touch with CMDS at cmds@ceu.edu