Researchers of the Media Influence Matrix 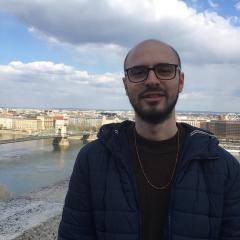 Mohammad Abu Hawash is enrolled at CEU's School of Public Policy, where he is pursuing a Master's degree in Public Administration and Sectoral Policy. His main areas of interest are Arab politics (particularly Palestinian affairs) and the political economy of the Levant sub-region of the Arab League. Other interests include Ottoman and Islamic history (and history in general), as well as entrepreneurship. 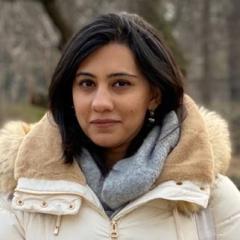 Khadija Aftab is currently pursuing her Master’s in Public Policy at Central European University. Prior to CEU, she has completed her specialization in Sociology and served as a lecturer of Sociology, and also contributed to research in many top-ranking universities in Pakistan in the last seven years. The research areas included social exclusion, migration and curriculum and textbook research in Pakistan. She also works as a research consultant with Transparency International, focusing on perceptions of corruption in Hungary. Her works under publication include Effect of Digital Governance on the Quality of Higher Education: The Case of Central European University.

Simran Agarwal is a doctoral candidate at LabEx ICCA hosted at the Université Sorbonne Paris Nord. In her research, she focuses on the governance of platforms and the political economy of digital industries in India. She has previously worked with the Centre for Policy Studies at the Indian Institute of Technology, Bombay, where she undertook research on media policy and news ecosystems in India. She maintains a keen interest in narrowing the disconnect between media policy priorities and social issues. 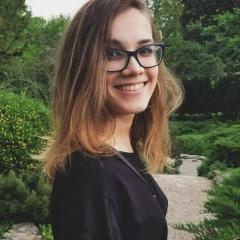 Mariia Altergot is a Russian CMDS intern and she works as a researcher for the Media Influence Matrix project. She graduated at the CEU School of Public Policy, focusing on the role of the Internet in democracies and strategic political communications. Before coming to CEU, she completed an undergraduate degree in political science and policy and communications at the American University in Bulgaria. 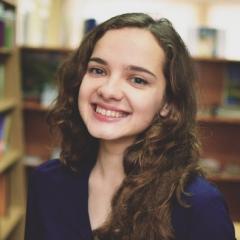 Olesya Grabova is a recent Central European University graduate, where she obtained an MA in Political Science specializing in Political Economy. Her research interests cover political violence, social psychology, and the impact of media on public opinion in Eastern Europe. She got some experience in journalism and research during internships in Hromadske TV and VoxUkraine in Kyiv, Ukraine. 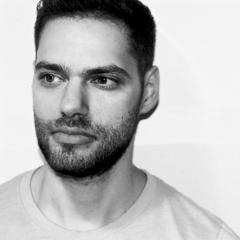 Ian Graham is a CMDS intern and he works as a researcher for the Media Influence Matrix project. He obtained a Master's degree in public policy at CEU. He specializes in media development, with a particular interest in good governance and anti-corruption. Prior to attending CEU, Ian worked at the National Endowment for Democracy (NED), where he provided research support for projects on human rights and democracy worldwide. He also holds an M.A. in nationalism studies from CEU and a B.A. in history from Utah State University. 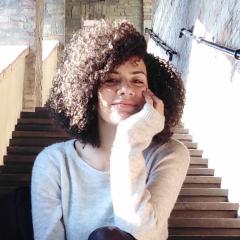 Nadin Helmi is a 2nd-year Master's student in Cultural Heritage Policy and Management at the Central European University. Her research focuses on influencing policymakers in Egypt for the protection of urban heritage. The research aims to provide grassroots and local communities with the proper tools for mobilizations to practice their right to protect their heritage. Nadin's experience working in the field of human rights and development in Egypt dates back to 2010. Her local knowledge and awareness of issues around these years have made her tackle challenges nationally and internationally through her research journey. 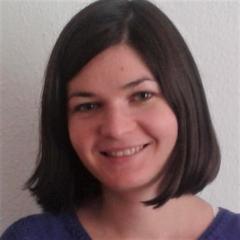 Dumitrita Holdis is a CMDS Fellow who works for the Media Influence Matrix – Romania case study as a researcher. Previously she has been managing the “Sound Relations” project together with Ian M. Cook, while teaching courses and conducting research on academic podcasting. She has previously done research on media representation, migration, and labour integration. She holds a BA in Sociology from the Babes-Bolyai University, Cluj-Napoca and a MA degree in Sociology and Social Anthropology from the Central European University. She also has professional background in project management and administration. She has worked and lived in Romania, Hungary, France and Turkey. 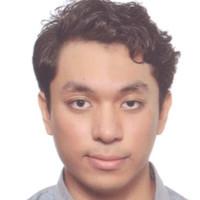 Hein Htet is currently pursuing his Master's degree at the Department of Political Science at CEU. Prior to CEU, he studied at the University of Mandalay and Sciences Po Bordeaux. He is part of the first cohort of Political Science students in Myanmar. He also worked as a teaching and research assistant at the University of Mandalay and continues to be involved in the project to reform his alma mater. 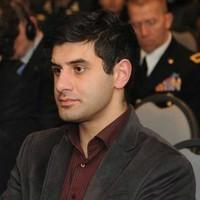 Giorgi Jangiani holds a Master's degree in European Public Policy from the Central European University. His research focuses on corruption, media, and data protection policy reforms in Eastern European countries. He also holds an M.A. in Diplomacy and a BA in International Relations from Ivane Javaxishvili Tbilisi State University. Before commencing his graduate studies at CEU, Giorgi worked on Euro- Atlantic integration issues at Georgia's Reforms Associates - GRASS. There he focused on the integration of Eastern European countries to the EU, as well as regional security & political trends. While at CEU, he also continues to work for the Georgian Strategic Analysis Center (GSAC) on Georgia- Russia relations. His current research is related to the EU's anti-corruption policy in public procurement and public-private partnerships. He speaks English, Russian, and Georgian, and has participated in multiple conferences concerning the current political and security challenges in Eastern Partnership countries. He became a fellow of The German Marshall Fund “Triennial Transatlantic Leaders” in 2017 and a fellow of the Konrad Adenauer Stiftung's "Eastern Partnership Excellency" in 2016. 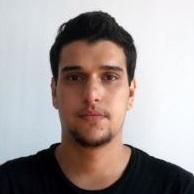 Iheb Klai is a senior student at the McDaniel College Budapest where he is majoring on Political Science and International Relations with a focus on journalism. Peacekeeping, conflict resolution, migration and security are also part of his educational path. He has worked with several organizations through volunteering and student-related jobs, such as AIESEC, Save The Children and UNHCR, and gained experience in journalism while writing and reporting through university workshops and associations. Iheb is fluent in three different languages: French, Arabic and English. 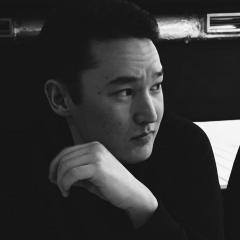 Adil Nussipov is a CMDS Fellow working on the Media Influence Matrix project. He also acts as Global Governance Editor at E-International Relations. He graduated with distinction from Central European University with an MA in International Relations. Before CEU, he obtained his BA degree in Political Science and International Relations at Nazarbayev University in Astana, Kazakhstan. He has extensive experience in qualitative and quantitative research, gained through studies, research assistantships and internships. His research interests are global data policy, government-media relations and global governance. He also acts as Head of Research, Monitoring and Evaluation at Accountability Initiative for Reform, a non-profit organization in Kazakhstan.

Vibodh Parthrasarathi maintains a multidisciplinary interest in media policy, creative industries and policy literacy his most recent work being the edited double-volume The Indian Media Economy (Oxford University Press 2017). He has been at the forefront of media policy research in India, and his recent visiting positions include the Institute for Advanced Studies in Humanities at the University of Queensland, the Metaforum Institute at KU Leuven, and the Swedish South Asian Studies Network at Lund University. He has been invited to the Boards of the Centre for Internet & Society, the India Open Data Association, and The Media Foundation. He serves in editorial advisory roles with MIT Press and Oxford University Press, and at the public intellectual platform ‘The Conversation’.

Olesya Shmagun is a journalist from Russia, and she works as an investigative journalist with the Organized Crime and Corruption Reporting Project (OCCRP). She has a PhD in journalism.

Gulnura Toralieva is a blogger, media activist, the CEO of “Data Lab”, Head of the Bishkek School of Public Relations and a Partner at Promotank Consulting Company, with over 10 years of practical experience in media, governance and civil society development. She worked as an Adviser to the Prime Minister of the Kyrgyz Republic in 2017-2018 and coordinated the Open Government Partnership (OGP) program as well as the Open Data Initiative. In 2015, she was the Director of the OSCE Academy in Bishkek. Previously she led the media and communications team at the Prime Minister’s office in the Kyrgyz Republic. Gulnura also worked as an adviser for USAID’s strategic communications. From 2010 to 2012, she headed the Department of Journalism and Mass Communications at the American University of Central Asia. 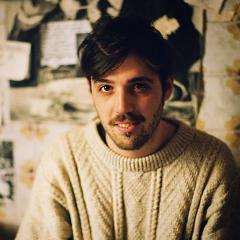 Matteo Trevisan is an Italian researcher dedicated to Freedom of Expression and Information. He holds an MA in Interdisciplinary Research and Studies on Eastern Europe from the University of Bologna, Kaunas and Saint Petersburg, and a BA in Political Sciences, Social and International. After graduating, he worked as one of the editors, researchers and curators of the Resource Centre on Media Freedom lead by Osservatorio Balcani e Caucaso Transeuropa (OBCT) within the project European Centre for Press and Media Freedom (ECPMF). Previously he moved to Belgrade to experience a traineeship at the Independent Journalists’ Association of Serbia (IJAS), where he participated in the analysis of Serbia’s progress in the EU negotiation process, especially in relation to Action Plan for Chapter 23 with regard to Freedom of Expression. Besides the FoE/I-related work, he is particularly attentive to the challenging dynamics affecting the post-socialist enlargement of the EU, such as the controversial transitional processes, the persisting ethnic conflicts, migration and the rights of minorities. 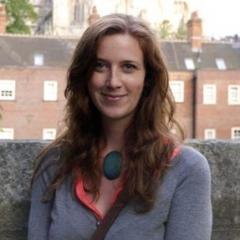 Lindsay Wojtula is completing an International MA in Economy, State and Society from Charles University Prague and University College London specializing in Politics and Security. She also completed an MA in Applied Linguistics from the University of Birmingham in 2017 and a BA in International Relations from the University of British Columbia. Prior to joining the CMDS team, Lindsay worked for the British Council in Amman, Jordan as an English teacher, and also has worked in Vietnam, Ukraine, South Korea and Syria. She has recently completed an internship at the Prague Security Studies Institute where she was working on a project outlining the Business Model of Platforms Spreading Disinformation. Through this opportunity she wrote on different civil initiatives aimed at demonetizing platforms in the US and UK, as well as different actors and purposes behind disinformation in the private sector.

Francisco Campos-Freire is a full professor of Journalism at the Faculty of Communication Sciences of the University of Santiago de Compostela. He has decades of managerial experience in both print media and broadcast companies. His research focuses on media enterprises and Public Service Media.

Marta Rodríguez-Castro is a PhD candidate and pre-doctoral researcher at the University of Santiago de Compostela, and a Fellow at CMDS. In her research, she focuses on the regulation of digital services offered by Public Service Media and the impact of global digital platforms on news media and communications.

Ana Isabel Rodríguez-Vázquez is a professor at the Faculty of Communication Sciences of the University of Santiago de Compostela. She has worked for over a decade in print media, television and digital media. Her research focuses on media audiences and innovation.

Alejandro Gesto-Louro is a researcher at the Department of Communication Sciences of the University of Santiago de Compostela. In his research, he has focused on the funding of Public Service Media and the use of technological advances, such as blockhain, in media industries.

Óscar Juanatey-Boga is a professor at the Department of Business studies of the University of La Coruña. He has published extensive research on the communication strategies, marketing and funding of media outlets, with a particular focus on the print press.

Valentín Alejandro Martínez-Fernández is a journalist and professor at the Department of Business studies of the University of A Coruña. He has experience managing print media outlets such as El Ideal Gallego. His research focuses on the transformation of the print press industry.