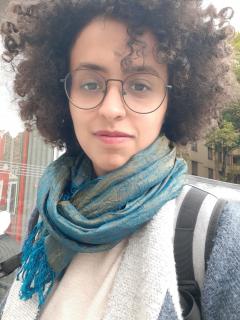 Ahlam Alaqili is a Yemeni activist, studying public policy in Central European University. She has spoken widely locally and internationally on rights and women's inclusion in Yemen before and after the revolution. After the outbreak of the civil war in Yemen, she came to Berlin, where she started with a group the project "life back Home" in the NGO Global Experience. She has spoken at schools and events about refugee integration and her role as a Yemeni woman to help promote cultural peace. In addition, she was involved in the production of "Women's Identity", a brochure dealing with migrant women in Germany and German women abroad, as well as the concept of culture and society. 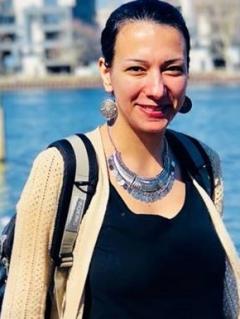 Ghaithaa Alshaar is a Syrian activist and journalist. 1-year Master of Public Policy student in Central European University. She worked as an editor news for Germany with Rozana Radio for two years, and since 2020 writes political and social articles on 7al.net, a Syrian website based in the United States. She previously worked for six years in the International Relief Agency in Damascus (UNRWA) 2009-2015. 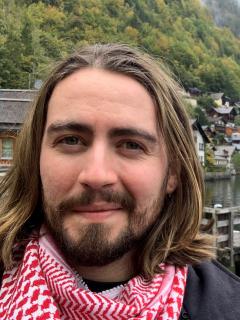 Jacob Chagnon is a 2nd year Masters of Public Administration at the Central European University’s public policy department. Originally from the United States, he became invested in global drug policy reform while completing his philosophy degree in Abu Dhabi. Combining profession with passion, his current masters research brings this advocacy into a policy focus and aims to expand essential drug harm-reduction services into Viennese club culture. Throughout his graduate studies, he has become further invested in both human rights and journalistic efforts, first as an associate editor of CEU’s student-led journal “The Activist”, and now through our investigative journalism project. 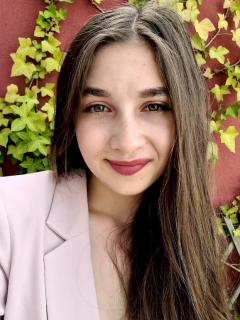 Cristina Ciobotariu is currently doing the Erasmus Mundus Master’s in Global Public Policy at Central European University, Vienna. She holds a Bachelor’s in Law obtained from University of Bucharest, Romania, with a semester exchange at University of Leiden, Netherlands. Her studies were focused on International and European law. Now her goal is to create a safer digital world writing her Master’s thesis on Global Governance of the Internet. 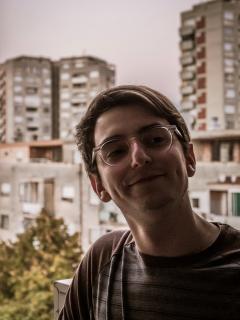 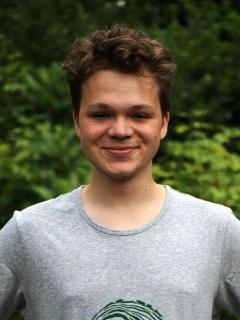 Moritz Drechsler is a 2nd year Master of Nationalism Studies at Central European University. He holds a degree in Political Science from the University of Glasgow. His research primarily focuses on right-extremist mobilization, social movement activism and post-reunification East-German identities. Outside of university he has worked in different capacities for various NGOs including United World College, ELA and Zara. 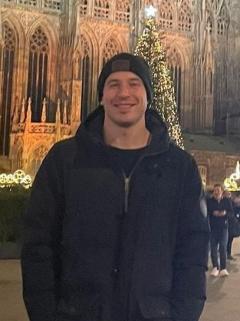 Marius von Frankenhorst is a 1st year Erasmus Mundus MAPP student at Central European University, Vienna, Austria. He holds a BA in political science with a minor in public law from the University of Mannheim (Germany), spending a semester abroad at the University of Tartu (Estonia). Based on his inherent interest in foreign countries and cultures, he previously worked for an international Organisation situated in Panama City, and in development cooperation for his home country of Germany. 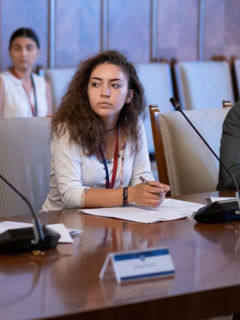 Andreea Ianoșiu is a 2-year Master of International Public Affair student in Central European University. She holds a Bachelor degree in Political Science, Babeș-Bolyai University, Romania, with an Erasmus exchange at Utrecht University, Netherlands, in Social Sciences and Statistics. Andreea worked as an editor for a local newspaper in Romania and gained work experience in the NGO and governmental sector. Currently, her main interest stands in the decentralisation of financial management. 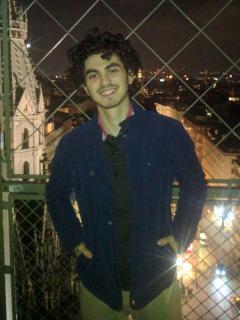 Süleyman Esai Inaltekin is a real life example of a citizen of the world, coming from a mixed background and having lived in 5 countries by the time he reached the ripe age of 22. Esai received his bachelor’s degree in Political Science from the University of Vienna and is currently undertaking a master’s degree at the Central European University. Although he spends a great deal of time optimizing his nutritional habits for the greatest amount of weights he can lift - when it’s time for some real work, he studies climate change politics. Consequently, he plans to center his master’s thesis around climate change policy stringency in western European countries. 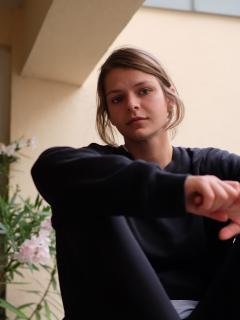 Kathrin Langewald is a 2nd year Master of International Public Affairs student at Central European University. She studied political science at the University Innsbruck, where she focused on international relations and comparative politics. As an intern at the German Development Institute in Bonn, she developed an interest in the governance and provision of the Sustainable Development Goods. Her research focus relates to the impact of ongoing changes in institutional and actor constellations, which she also investigates in her Master Thesis on energy partnerships. 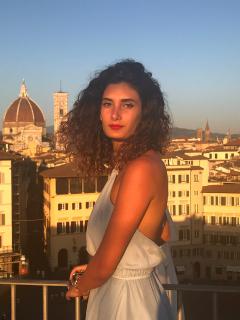 Emmachiara Manna is a 2nd year MA student in International Public Affairs at Central European University in Vienna. She holds a Bachelor's degree in Communication and Society from the Catholic University of the Sacred Heart, Milan. She attended the LSE Summer School in International Journalism and Society in July 2021. Since 2018 she has been working at Sky Italy's Press Office. Her Master's thesis project will be on Cyber-Terrorism and counter-Terrorism strategies. She is particularly interested in Public Affairs and online political communication. 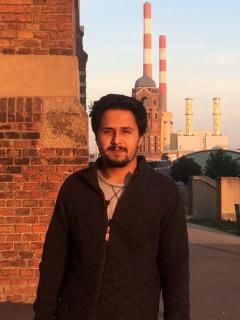 Zeeshan Hyder Mir, born and bred in Kashmir, is pursuing a Masters in Sociology and Social Anthropology at Central European University in Vienna. For his thesis, he is writing an ethnography of pashmina weavers in Kashmir. Previously, he studied English Literature at Jamia Millia Islamia University, New Delhi. 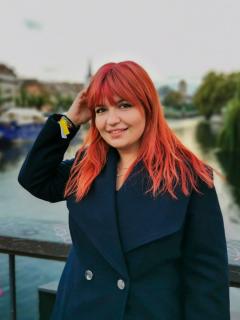 Patricia Nae is a 2nd-year MA student in Nationalism Studies at Central European University, Vienna Austria. She holds a BA in Political Science, Security Studies minor obtained from Babes-Bolyai University of Cluj-Napoca, Romania, with a semester exchange at Nicolaus Copernicus University, Torun, Poland. Previously, Patricia was an intern for the Government of Romania, in the Chancellery of the Prime Minister, where she worked on a National Program regarding the detterance of security and mentally-related threats when it comes to children. Patricia is interested in far-right political parties and how they manage to attract voters through the use of emotions.

Sidharth Nair is a 1st year Erasmus Mundus MAPP student at Central European University, Vienna, Austria. He holds a Bachelor's degree in Law from Guru Gobind Singh Indraprastha University, New Delhi, India. He has previously worked as a legal journalist and editor at Lawyersclubindia which is one of the biggest legal websites in India and also as a public policy manager at the Indian Music Industry(IMI), the advocacy body representing the recorded music industry in India. He has thus experienced life both as a journalist, as well as dealing with journalists at his previous jobs and feels very passionately about this project. His master's thesis project will be centred around the threat to democracies and human rights due to increased disinformation campaigns on the internet. 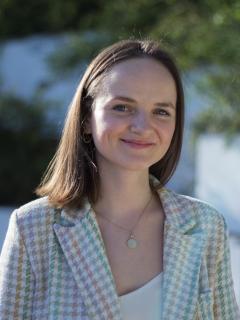 Gabija Siaulytyte is a 1-year Master of Public Policy student in Central European University. She has an educational background in political science gained at Vilnius University, Institute of International Relations and Political Science. In addition to that, Gabija gained internships and work experience in various fields and organisations, including Permanent Mission of the Republic of Lithuania to the International organisations in Vienna, Swedbank, Western Union, Invest Lithuania, Intrum Global Business Services. Her latest experience was working as a junior researcher at Public Policy and Management Institute (PPMI), a leading European research and policy analysis centre. At PPMI, she contributed to projects related to education and public health. 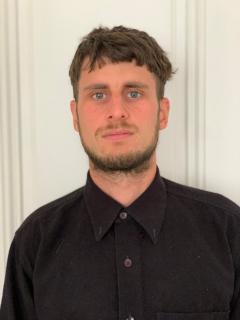 Paul Sperneac-Wolfer pursues the 2-year MA in Sociology and Social Anthropology at Central European University in Vienna, Austria. Therein, he focuses on labour conditions, liberal governance and labour migration in Austrian agriculture. Since his BA in Social and Cultural Anthropology at the University of Vienna, when he was involved in a EU research project to translate anthropological knowledge for broader audiences, he is interested in the interplay of academic knowledge and the public. Currently, he develops concepts for publicising anthropological research in public space and/through journalism. 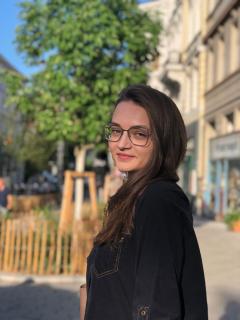 Anastasiia Vorozhtsova studies International Relations at Central European University in Vienna, Austria. She holds a Bachelor’s degree in Liberal Arts and Sciences from Smolny College, Saint-Petersburg State University. Anastasiia previously worked with PEN America’s Freedom of Expression Program in New York, where she concentrated on freedom of expression issues in Russia, Ukraine, and Belarus. Besides that, Anastasiia is interested in questions of race within international politics, as well as foreign affairs journalism.