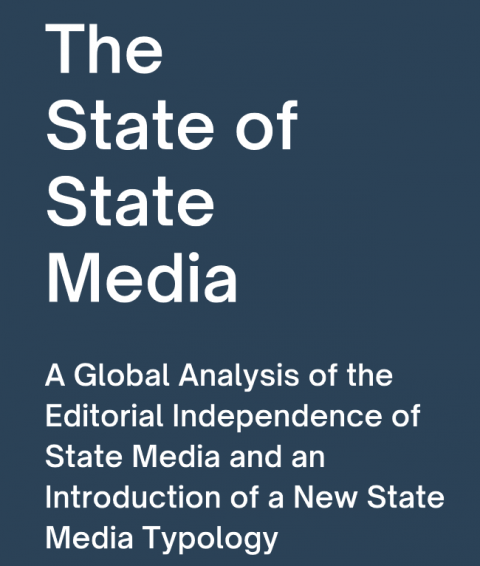 The most widely read Hungarian news site 24.hu extensively quotes the study, with a focus on Hungary. It writes that the media capture has reached an extremely high level in the country, and that the captured private media model is best exemplified by the Hungarian KESMA foundation, which controls nearly 500 media outlets and which is believed to have links to the Hungarian government.

The Hungarian version of Radio Free Europe, Szabadeuropa.hu, ran a very thorough article based on the study and on an interview with Marius Dragomir, about the situation of the public media in the world. It cited Dragomir as saying independent public media are possible only where politicians are committed to this ideal. Politicians, however, are often tempted to try and influence public media because these are already existing, working media organizations; they can offer jobs to their own people, and they can be used to create propaganda using public funds. The article further quotes Dragomir as saying the most important guarantee for independent public media is establishing an audience that trust and rely on them. Asked about the global trends and who influences whom, Dragomir said while Poland appeared to be following the Hungarian government’s steps, similar efforts were taken in other regions of the world, such as in Turkey and Egypt. In conclusion, he said the trends were bad and in many countries independent private media outlets served the public much better than the local public media. Yet he believes independent public media would be important, capable of offering unbiased information, unaffected by market conditions.

Serbian media news site Cenzolovka also reported on the sorry state of the Serbian media, based on the study. The article reports on some of the major findings of the study, such as that 80% of the state media in the world lack editorial independence, or that 24 media outlets in Europe are in the category that has the highest risk of losing their independence. It also explains the state media matrix typology the study introduces to classify media outlets according to their funding, ownership/governance, and editorial autonomy. The article quotes the study as saying that the state media in Central and Eastern Europe and Turkey continue to act mostly as government mouthpieces. Serbia has both captured public and private media. The study describes the very concerning rise of the captured private media model, usually found in countries with a tradition of state interventionism in the media, in Serbia as well as in Hungary, Poland and Turkey, among other places. The article points out that the study classified Serbian media outlets RTS, RTV and Politika as captured public media managed by the state, and the corporation Kopernikus (TV Prva and B92), Kurir, Tanjug and Večernje novosti as captured private media.

In an article on its website, the Public Media Alliance focused on the study’s findings about Malta, pointing out that Dragomir classified the Maltese national broadcaster PBS as state-controlled based on the criteria of funding, governance and editorial control. “PBS has been indebted for years and hence has accessed an increasing amount of funding from the government, which ticked the funding box. In terms of ownership and governance, PBS is a government-owned company with a board nominated by the government, which ticked the second box. Finally, data and research collected during the past year have shown that the editorial coverage is controlled by the government. With all three boxes ticked, PBS qualified for the “state-controlled” category,” Dragomir said. According to him, “editorial control is the most serious issue” facing Malta’s public media. But he also believes that “other factors also play an important role: without being financially dependent on the government and without being governed by a politicized body (board), PBS would probably be in a position of making its own editorial decisions in a more independent manner.”

If you missed our event launching the study, you can watch it here: