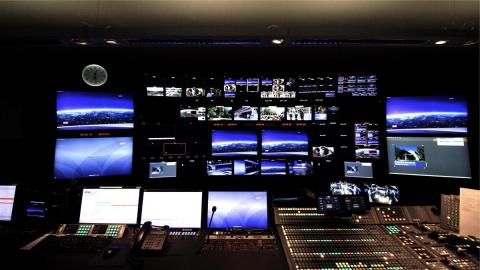 Going beyond the reductive dichotomy of state-controlled outlets vs independent public service media, CMDS Director Marius Dragomir has launched today a comparative study of state media in 151 countries along with the State Media Matrix, a brand new typology that allows classification of state media according to three key factors: funding, ownership/governance, and editorial autonomy.

Using these three main factors, Dragomir identified seven state media models that are characterized by various degrees of independence. At the opposite ends of the spectrum, you find the state-controlled media and the independent public media models.

The state-controlled model is widespread in the world, in countries such as China, several Southeast Asian nations, numerous Middle Eastern states, most of Africa as well as a slew of countries in Central and Eastern Europe and Latin America.

In contrast, the independent public media model, the ideal form of media created with a mission to serve the public interest, is on the brink of extinction. It can be found in several Western European countries, some Nordic countries, and a few nations in Central and Eastern Europe and Asia.

In between the two “pure” extremes, there are five hybrid models. In the hybrid independent media category, you find the independent state-managed media model. These media outlets are majority owned by the government, yet they are not reliant on state subsidies and enjoy editorial autonomy. This is a rare model, found mostly in Western Europe and Central and Eastern Europe.

The independent state-funded model is characterized by the predominance of state financing, lack of state influence in governing bodies and editorial autonomy. Equally rare, this model can be found in some Latin American countries and Europe, as well as in Australia, for example.

The independent state-funded and state-managed media model characterizes outlets that are owned or governed by the state and predominantly funded by the state but that preserve their editorial independence. Media in this rare category include Sidwaya publishing house and news agency in Burkina Faso, or American-owned global broadcasters such as Radio Free Europe/Radio Liberty and Voice of America, among others.

In the hybrid captured media category, you find the captured public/state-managed media model, characterized by government control over governing structures and/or ownership, and editorial coverage. On the brink of becoming fully state-controlled, this is a large group, including, among others, various newspaper companies in Africa, public service media in Pakistan or Japan, and commercially funded Russian media groups close to the Russian government such as Gazprom Media.

The captured private media model is characteristic of media outlets that are editorially controlled by state authorities without any direct form of state ownership or formal state-appointed governing bodies. This model is illustrative of media capture, an increasingly widespread phenomenon where people serving in state institutions, jointly with affiliated or controlled private businesses, often oligarchic structures, gain editorial control in a large number of privately held media companies. For example, the Hungarian government controls nearly 500 media outlets through a foundation that is believed to have links with the Hungarian Prime Minister Viktor Orbán. The captured private media model is usually found in countries with a tradition of state interventionism in the media, including Morocco, Cambodia, Azerbaijan, Jordan, Qatar, Turkey or Serbia, Hungary and Poland.

Using the new State Media Matrix, the study covers 546 state media outlets in 151 countries in the world. Dragomir finds that government control in the state media has reached extremely high levels. Nearly 80% of 546 state-administered media companies lack editorial independence. More than 80% of the 436 media outlets whose editorial agenda is controlled by the government fall into the state-controlled media category. Of the 110 state media that have editorial independence, only 18 qualify as independent public service media: 11 of them are based in Europe, and most of them in five Western European countries.

In contrast, there are no independent public media outlets in Eurasia, Sub-Saharan Africa, Latin America and MENA, a strong indicator of the widening gap between the quality and reliability of news and information in the West and the poor output of high-quality news output in the rest of the world.

Europe also has a third of the world’s captured media outlets, 27 in total; 19 of them are media outlets with private ownership, mostly oligarchic structures that have ties with state authorities. The majority of the European captured media are located in the Central Eastern Europe and Turkey region, a sign of the declining media freedom in Europe’s post-communist nations and in Turkey.

It is also notable that the public media in Poland, Hungary and Turkey fall in the state-controlled category, which shows the extreme degree of media capture in these countries. The two other captured cases in Europe are in Greece and Italy.

Other parts of the world with a high incidence of media capture cases are Asia and the MENA region where the state media are in a much worse situation than in Europe due to the much larger state control. In Asia and MENA, for example, the state-controlled type of media outlet accounts for 74% and 63% of all their state media, respectively, much higher than 20% in Europe, the study finds.

The study was based on data and information about state media collected by Dragomir for more than a decade, including findings from the CMDS’ Media Influence Matrix, an ongoing research project. Astrid Söderström, a young researcher with CMDS, took part in the data analysis and drafting of the report.