A Tough Market for Misinformers to Crack 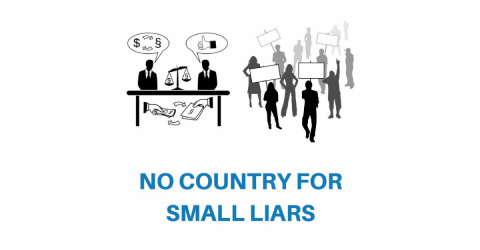 Misinformation is not absent in Moldova, but its sources are located in state and commercial mainstream media. Smaller websites have a hard time to survive.

Some 85% of Moldovans believe that the news they read are politically biased and published to manipulate the public; a total of 56% of them are not satisfied with mass media in their country, according to a study published by Internews in November 2018. It is not surprising then that Moldovans turn to social media to inform themselves: 48% use Facebook and 40% use Odnoklassniki, a Russian social media platform, to consume news.

When it comes to misinformation, 53% of people in Moldova say that they understand what the term means, but 61% reported that they found it difficult to distinguish between “fake” and “real” news.

Moldova has a population of roughly three million people who speak mostly Romanian, but in urban centers and several rural areas Russian is also spoken or understood. Hence, Moldovans are a potential target audience for at least three neighboring countries: Romania, Russia and Ukraine. Therefore,

according to No Country for Small Liars, a new report released today by the Center for Media, Data & Society (CMDS) that aims to map the ownership and financing fueling misinformation platforms in Moldova.

Misinformation sites are difficult to identify in Moldova. StopFals, a USAID-funded platform run by the Association of Independent Press (Asociația Presei Independente, API) identified 47 such websites, but only eight were still in operation last December. Yet, that should not be interpreted as a lack of false news in the country. “Misinformation in Moldova is still rife,” Dumitrita Holdis, the report’s author wrote.

For example, the report identified a network of five websites that seem to use computer-generated content to fill their platforms. They post infrequently and are not present on social media.

“Language idiosyncrasies, grammar, spelling, and other recurrent mistakes suggest that the text is not written by a human,”

At the same time, Moldovan mainstream media excel at misinformation: they are the main source of false news in the country. In such an environment, websites born to churn out misinformation that operate purely for profit have a hard time to survive. The small population and limited financial resources in Moldova are big barriers.

“Misinformation websites rely on a mass click-bait economy, which is simply non-existent in Moldova,” the report concluded.

The report No Country for Small Liars is published as part of  The Business of Misinformation, a CMDS project aimed at keeping track of the individuals and companies that own misinformation websites and their links to institutions, parties and other individuals. The project canvasses websites that systematically and methodically create and target false information to persuade audiences to adopt ideas and ways of thinking embraced by their original promoters or their sponsors, be those political, social, economic, health-related or else.

The project is run in Bosnia & Herzegovina, Hungary, Moldova, Romania, Serbia and Slovakia.