Between Market and Human Rights: Media Pluralism and Democracy Under Threat in the EU 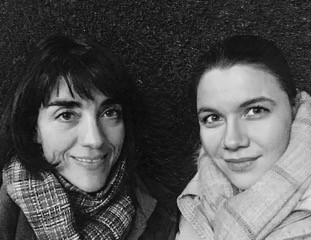 In their public talk, Judit Bayer and Petra Bard will offer a new perspective of media pluralism, arguing that its current deficiencies cause systemic failures in the democratic operations in several EU countries, and vice versa: the democratic deficit in the national setting results in the basic conditions of media pluralism vanishing in some of the member states. Where state power is deeply involved in the ownership and financial support of the media, the media system's plural and free quality should be questioned. Judit Bayer and Petra Bard further contend that the European Union has clear treaty competences to monitor the media landscape and intervene in at least two areas: the internal market (and state aid), and EU values (the rule of law and fundamental rights). Bayer and Bard propose detailed, enforceable and systematic actions to correct the deficiencies that they identified. See also their research paper on media pluralism.

Dr. habil. Judit Bayer is associate professor at the Budapest Business School, and chief editor of academic journal The Media Researcher. She has research and teaching experience from the Victoria University of Wellington, New Zealand, and Tama University of Tokyo.

Dr. habil. Petra Bard LL.M. SJD is associate professor at ELTE School of Law, visiting faculty at Central European University’s Legal Studies Department and lectures at other universities across Europe including Belgrade, Frankfurt and Vienna. She has worked as senior researcher at the National Institute of Criminology, Hungary for ten years.