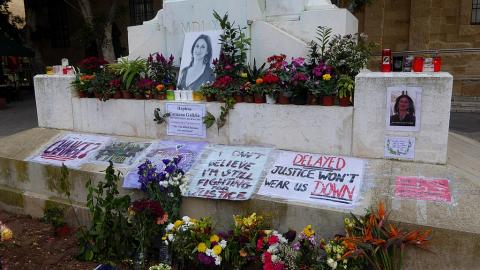 CMDS Fellow Courtney Radsch examines the weaponization of state-aligned information operations and online harassment, their gendered dimension and AI's role, in a new report for OSCE.

The report, entitled Artificial Intelligence and Disinformation: State-Aligned Information Operations and the Distortion of the Public Sphere, analyses the dynamics of state-aligned disinformation campaigns and the role that AI plays in this context, with a special focus on coordinated campaigns deployed against journalists and media outlets and their gendered dimension.

For example, it looks at the case of Maltese investigative journalist and blogger Daphne Caruana Galizia, who had been targeted in an online and offline harassment campaign for months before she was assassinated.

According to the report, state-aligned disinformation campaigns often leverage the design of social media platforms and the AI systems that power them to silence critics and manipulate public opinion.