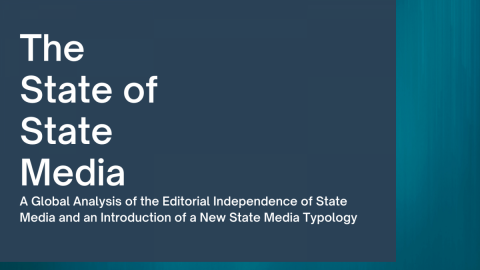 The Greek media report on our study on the sorry state of state media after it was cited by a member of the Greek Parliament, Giannis Ragousis (SYRIZA).

The Greek daily I Avgi, the weekly To Paron as well as news sites Newsique and Capital report on the study, which found that Greek public media ERT falls under the Captured public/state-managed media of the study’s seven categories. This means that its editorial coverage is controlled by the government.

They also cite the report as stating that Greek (and Italian) public media outlets “have been under the control of the government since time immemorial.”

Giannis Ragousis found the study by Marius Dragomir in the recently published document UNESCO World Trends in Freedom of Expression and Media Development: Global Report 2021/2022. The global report references the study in its discussion of media capture and independence.