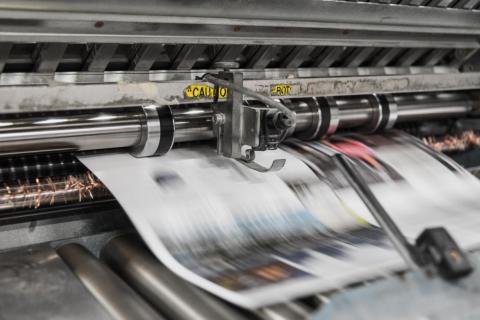 A study written by CMDS’ Marius Dragomir was used to develop the investment strategy of a newly launched fund aimed at combating media capture and supporting plurality of news sources across Europe.

Harlan Mandel, MDIF CEO and Member of the Pluralis Supervisory Board said,

The report Media Capture in Europe, by Marius Dragomir of the Center for Media, Data and Society, played a valuable role in the creation of Pluralis. It gave a clear picture of the trend of media capture across multiple markets that was not available anywhere else, which was important in making the case to media houses, foundations and other impact investors for an intervention like Pluralis."

Pluralis is a newly launched fund that brings together a coalition of prestigious European media companies, foundations and impact investors, at the initiative of MDIF, which manages the fund. Its shareholder base comprises King Baudouin Foundation (28.46%), Mediahuis (25.39%), Soros Economic Development Fund (17.41%), Tinius Trust and KIM (more than 6%), MDIF with some 2% and other impact investors and family offices such as VP Capital (with a stake exceeding 20%).

The goal of the fund is to support plurality of news sources across Europe. It plans to invest mission-aligned capital and media expertise in independent media companies to help preserve the editorial independence of their news operations. The fund has already acquired a 40% share in leading Polish media company Gremi Media S.A., publisher of the newspaper Rzeczpospolita, and a 34% stake in Petit Press, Slovakia’s second largest publisher.

Dragomir’s study was also important for the overall Pluralis’ strategy. It was

“a key input into the development of Pluralis’ investment strategy – it laid open the fact that news companies that provide independent, quality reporting across the region are under pressure and that investment that helps sustain not threaten their independence is critical,”

The study examines how media capture is undermining democracy in many parts of eastern and southeastern Europe. It finds that the failed reform of the public service media coupled with unchecked concentration of media ownership has inflicted much damage on journalism. Dominant media groups controlled by a handful of moguls and government-financed media channels have proliferated in the region, the study shows.