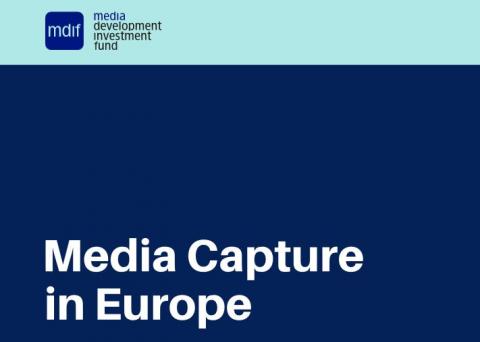 Media Development Investment Fund has published a major report, Media Capture in Europe, written by Marius Dragomir, Director of Center for Media, Data and Society, that examines the extent of media capture in Europe and how it is undermining democracy in many parts of East and Southeast Europe.

Buying the publisher or even all the publishers out there is a good way to kill stories or silence criticism in general, one Romanian party official said half-jokingly, according to the report Media Capture in Europe. In the past decade, politicians and oligarchs have done exactly that across Eastern Europe, the report adds. The failed reform of the public service media coupled with unchecked concentration of media ownership inflicted much damage on journalism. Dominant media groups controlled by a handful of moguls and government-financed media channels proliferated.

But the collusion between the political class and media owners has reached unprecedented levels, leading to a phenomenon known as media capture, a situation where most or all of the news media institutions are operating as part of a government-business cartel that controls and manipulates the flow of information with the aim of protecting their unrestricted and exclusive access to public resources.

The report examines this phenomenon. By silencing criticism, state-oligarch cartels are able to extinguish accountability, ensure their unimpeded access to public resources and prolong their own existence.

Media Development Investment Fund is a New York-registered not-for-profit corporation and a mission-driven investment fund for independent news businesses in countries with a history of media oppression. It provides affordable financing and technical assistance to independent news and information businesses in challenging environments, helping them to become financially sustainable.