Calling for Coalitions: A Look at Successful Media and Advocacy Partnerships 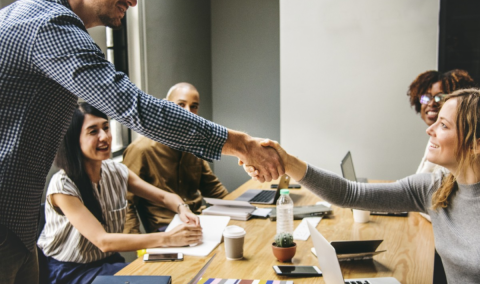 A group of Columbia University students recently published a report with the Gates Foundation researching four different collaborations across the globe between media and advocacy groups to better understand how the two can work together while staying true to its own mission.

The COVID-19 pandemic is decimating industries in both public and private sectors, and the news media, whose newspapers have already lost half their employees since our last economic crisis, is reeling once again. News organizations big and small are adapting to shrinking budgets in addition to eroding trust in their work and a media environment in constant flux from technological pressures. But news is still made every day whether or not there is a newsroom there to cover it, and in today's world, there seems to be more of the former with less of the latter.

In the face of all this, the role of donor-provided funding is growing as news organizations, particularly civic-minded ones, look to outside groups for cash that they can no longer provide for on their own. Unlike the sponsors you see at the end of a PBS broadcast this funding often comes with a few strings attached, visible or invisible. Donors want to know that their funding has an impact and that the ideas they believe in will be taken up and change narratives and policies. These relationships, more akin to partnerships, will likely become more common as the ongoing economic crisis continues to take its toll.

The report, “Calling for Coalitions: Building Partnerships between Journalists and Advocates”, examines four case studies of these kinds of relationships between civil society groups and the news media, each in a different country and with a different scope:

The group began the work in January planning to travel to each respective case’s country and conduct research in the field, but the Covid-19 pandemic required the work to be done remotely. Ultimately the research consisted of dozens of interviews with journalists, members of civil society organizations, donor organizations, academics, and government officials from around the world. The primary questions driving the research concerned the partnerships themselves—how each partnership began? How did it function? What were its successes and challenges?—on the impact of those partnerships—how does each organization define impact? What impact has it had or hope to have?—and on how the answers to those questions could inform and provide some best practices for any future partnerships between advocacy groups and the news media.

Some recommendations based on these findings:

As budgets decrease while the need for high-quality civic journalism grows in a world going through a global pandemic, this research may be looking at the future of many non-profit news organizations. It may also provide some guidance and framework for future partnerships that help, rather than hinder, the goals of independent media as well as advocacy groups while allowing both to remain true to their mission.