How an Online Publication Did the Unthinkable: Selling Subscriptions to Kazakh Readers 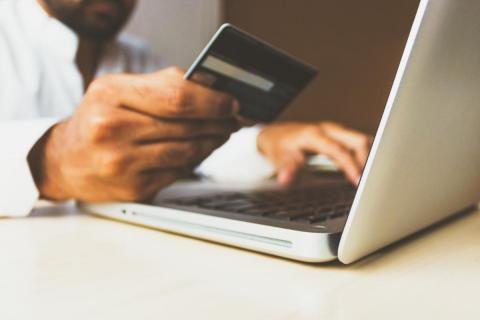 Financial challenges are not uncommon for news organizations in Kazakhstan. Many rely on government funding, which jeopardizes their editorial independence. Vlast, an online platform, found a better solution.

“Have you ever imagined your own funerals?” asked Vyacheslav Abramov, a founder of the Kazakh news portal Vlast, during his speech at the social projects conference in 2017. “On July 1st last year, we had a chance to attend our own funerals,” he told the audience, referring to the summer of 2016 when Abramov had announced on Facebook that Vlast was to fold due to financial problems.

Vlast was founded in 2012. Within four years already, the portal found itself in a financial predicament. Hit by the fall in oil prices in 2015, Kazakhstan’s advertising market suffered considerably, affecting small and medium-sized media companies like Vlast itself.

Known for its in-depth analysis and quality journalism, Vlast could not afford to bring in investors or accept government funds: the team knew that accepting investments or government financing would significantly curb their editorial independence. The company’s debt was piling up despite an increase in its ad revenues by 50%. By the summer of 2016, Vlast accumulated debts of around KZT 30m (roughly US$ 137,000 at the exchange rate at the time).

Financial challenges are common to most Kazakh media companies. Despite going through two financial crises (both caused by oil price drops), media businesses in Kazakhstan failed to reduce their financial dependence on ad revenues and government funding.

In 2009, Kazakhstan experienced its first dramatic drop in oil prices after a decade of stable growth. The hardest hit sectors were banking, construction and car industries, which were precisely the country’s largest advertisers. As a result, companies in these industries slashed their marketing expenses, which led to a 45% drop in revenues of media companies. The government intervened to prevent the local media market from collapsing, but its assistance also allowed authorities to meddle in the editorial agendas at many of the country’s newsrooms.

As the second oil price crisis hit Kazakhstan, causing a 27% drop in the ad market, the government doubled on its effort as the lender of the last resort. In 2009, government funding sustained 50% of media workers of the country. By 2016, this figure increased to a stonking 95%.

Lack of financial independence in Kazakhstan strongly correlates with lack of editorial independence, something that Vlast was trying to avoid since the start. For Kazakh media companies, covering politically sensitive topics decreases their chances of getting government funding and increases the chances of being politically targeted. In turn, it affects the reputation of media companies in the eyes of the marketing departments of private and national companies. This forces the majority of Kazakh media to self-censor, which badly erodes the public’s trust.

We Need Your Money, You Need Our Journalism

From the very beginning, Vlast took a different approach. Before establishing the outlet, Abramov worked for non-profit organizations, and later acted as director at Freedom House’s office in Almaty. Vlast aimed at providing a plurality of opinions and views on events happening in the country.

For Kazakh readers, Vlast stood in a stark contrast to government-funded publications whose mission is to sell government-drawn portraits of the country. Vlast was thus seen by its readers as a rare opportunity to receive well-thought analysis of the social, economic and political environment in which they live in. Its focus on quality journalism helped Vlast to build a strong community around its online publication.

But its quality journalism did not help to keep its finances balanced. Unable to rely on ads and refusing government funding, Vlast started its search for potential investors but couldn’t find the investor that would provide both financial stability and editorial independence. That is because in Kazakhstan, the government puts pressure on investors that own media businesses, forcing them, directly or indirectly, to intervene into the editorial decision-making of their outlets. Other investors seek quick returns on their investments, so, once invested, they force media companies to restructure their operations towards profit maximization rather than delivering quality content. 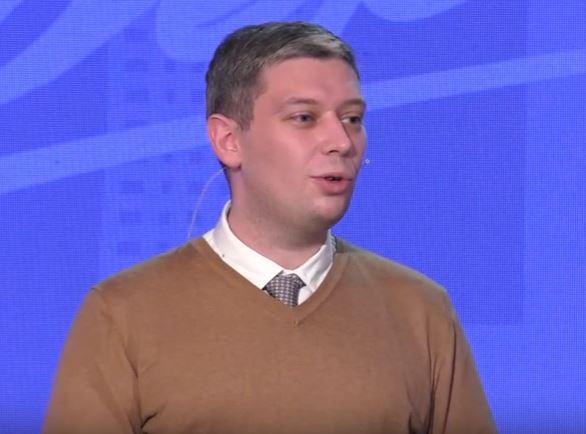 In this situation, Abramov saw no other option but to declare the end of the project. What he did not expect, however, was the amount of support coming from the community built around their publication, which motivated Vlast to experiment with subscription-based journalism.

When Vlast needed financing to preserve its publication, readers needed Vlast to preserve quality journalism. It looked like a fair deal, and a golden formula.

The environment for this business model was not a welcoming one. There is a common perception that Kazakh consumers are not ready to pay for services due to cultural mentality and lack of trust in digital services. This perception drives a lot of media companies away from monetizing on digital subscription models.

Vlast’s experience with digital subscription was thus madly innovative for Kazakh digital journalism. The portal became the first publication in Kazakhstan to introduce paid subscriptions in 2016.

Willing to experiment, they provided their readers with several subscription options: monthly, quarterly, yearly, and in the form of gift cards. In the letter to Vlast’s readers, Abramov announced that they needed at least 500 subscribers in the first month to keep the project alive. In just two hours, 300 readers already filled out the subscription forms.

By 2017, readers subscribed to Vlast 2,650 times and over 1,200 of them kept prolonging their subscriptions – a small, but significant number for Kazakhstan’s digital journalism. As Abramov announced by the end of 2017, around 20% of their profits were coming from subscriptions, a significant increase from zero in 2016.

Why was Vlast able to successfully monetize subscriptions while other media companies in Kazakhstan have failed? The answer is simple: instead of focusing on selling advertisements or getting government funds, Vlast focused on bringing real value to its customers, which earned them the trust and loyalty of readers.

Vlast understands that instead of exclusively relying on government funding or the advertising market, it’s better to rely on their readers. The subscription model allows them to keep their independence and still be able to pay salaries.

They also understand, however, that the subscription-based business model is still risky in Kazakhstan. Kazakh consumers are only getting used to digital services, and online payments just recently started to become routine. There is still a long way to go to reach the level of public trust in digital services achieved in the west as regulations of e-commerce and data governance are still in embryonic form in Kazakhstan.

Moreover, Vlast learned that subscriptions alone are not enough. A diversified model of financing with subscription at its core is probably the key to a successful business model.

Vlast invests in organizing offline community events for its readers such as public lectures, festivals and conferences, as well as in publishing books and making movies. They also continue to sell ads. Today, traditional and native advertising generate almost half of Vlast’s yearly budget. Subscriptions and offline community events together account, more or less, for the other half.

Securing its bottom line through subscriptions, not only did Vlast survive, but it also ended its toxic financial relation with the government and advertisers. Most journalists working in difficult environments call that innovation.

Cover photo by rupixen.com on Unsplash

Adil Nussipov is Global Governance Editor at E-International Relations, and Fellow at the Center for Media, Data and Society, working on the Media Influence Matrix and Mapping Global Data Governance Projects. Contact him at NussipovA[at]ceu.edu, or on Twitter: @adilnsspv