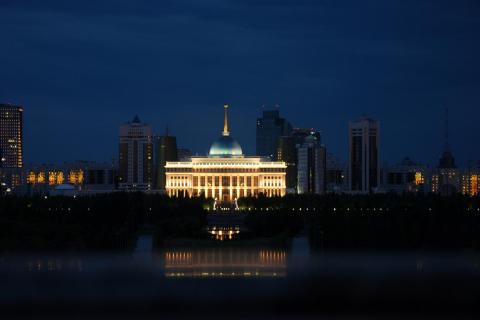 With millions of dollars splurged on media every year, control of large ownership stakes in media companies and a raft of loyal media entrepreneurs, the Kazakh government leaves little space for independent reporting and business innovation.

When Vlast.kz, a Russian-language news portal, launched operations in 2012, its founders pinned their hopes on readers to finance them. But not many people thronged to buy a subscription, prompting the portal to swiftly knock down its paywall and let readers binge on its content. Nobody else has since tested such financing models.

Kazakhs are not used to pay for news and that partly explains why attempts by Kazakh media to monetize their audiences are ill-starred. But lavish government spending in the media also plays a big role, badly distorting the market and discouraging new business models.

“Media in Kazakhstan is an overwhelmingly dysfunctional market in which the Government plays a disproportionately big role by allocating hefty amounts of budget money to a slew of media companies,” wrote Adil Nussipov, author of Funding Journalism, a report released jointly by the Center for Media, Data and Society (CMDS) and Accountability Initiative for Reform (AIR), an NGO in Kazakhstan.

According to the report, the Government doled out over €144m to media companies in 2017, which according to some local estimates, exceeded the overall ad spending in Kazakhstan.

It is funding, but also ownership control that empowers the government to capture most of the Kazakh media. Of the ten most viewed channels in the country, only three are not government-owned. The others are in the hands of the government or controlled by the former President Nursultan Nazarbayev (either directly or through his family). In a country where half of the people use television as the main source of news, such control is problematic.

When it comes to news programs specifically, the local government shares some of the influence with its Russian counterpart. Eurasia, a channel promoting a strong pro-Russian narrative on global affairs, and KTK, a channel controlled by Nazarbayev, compete nip and tuck for the country’s news audience.

But television is seeing growing competition on the internet. With more than three quarters of the Kazakh population using the internet, the influence of online media has been steadily growing in recent years. For 40% of Kazakhs, the internet was the main source of news in 2015, a significant hike from 24% three years earlier.

Worryingly though, the government has been expanding its outreach online, too. It now owns three of the ten most visited websites, Kazinform.kz, Bnews.kz and 24.kz, and exerts influence in many others, which are controlled by private companies. “None of the most popular news portals in Kazakhstan is independent and truly free of government control,” according to Nussipov. TengriNews.kz, one of the most popular news websites, is in the hands of Alash Media Group, a local enterprise known to promote a strong pro-government narrative.

In such an environment, the space for independent journalism is continuously shrinking. Philanthropy could be a solution, but its financing is dwarfed by government funding. Moreover, foreign donors are cautious about Kazakhstan given the government’s attacks on the media.

The Funding Journalism: Kazakhstan report is part of Media Influence Matrix, which is run by CMDS through a global research and advocacy alliance, the Media and Power Research Consortium bringing together more than 50 organizations, including academic institutions, advocacy groups, journalist networks and NGOs. The main goal of this project is to investigate the profound impact that rapid shifts in policy, funding and technology are having on journalism today. Each country report consists of three studies, covering politics and policy, journalism funding and technology.

The remaining two chapters on Kazakhstan, one covering policy and politics and the other one focused on the role of technology companies in media and journalism, are planned to be published in the fall 2019.