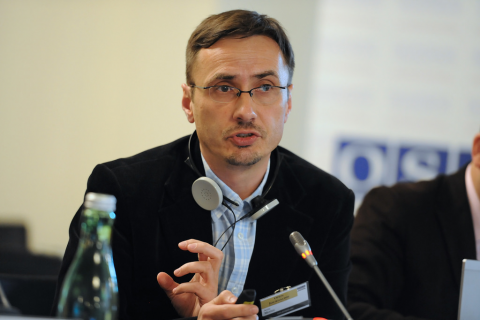 We are happy to announce that Attila Mong has joined the Center for Media, Data and Society as Course Director of the Strengthening Quality News and Independent Journalism in the Western Balkans and Turkey project.

The project is funded by EuropeAid/European Commission through its Regional Training and Support Program to Improve Quality and Professionalism in Journalism. The grant was won by a consortium led by the Balkan Investigative Reporting Network (BIRN), which includes CMDS. The goal of the project is to enhance media trust among citizens and create a safe environment for journalists to produce independent news content through training, mentoring, technical and financial support, and publishing.

The three-year project is intended to address the main problems and challenges in the Western Balkans identified in the Feasibility Study for the Establishment of a Regional Program in Media and Journalism Training, a study conducted for the EU between September and December 2016 that canvassed more than 80 media professionals in Europe.

Attila Mong has joined the Center to be the director of this journalism course.

Attila Mong is a Berlin-based Hungarian freelance journalist. He works as the Europe correspondent of the Committee to Protect Journalists (CPJ), an international press freedom organization, and reports on press freedom issues from the EU. He is also an innovation consultant for Germany`s leading media development organization, the DW Akademie and consults digital innovation project all around the world. He is a jury member of the European journalism grant program, Reporters in the Field.

In 2013 he finished the prestigious John S. Knight Journalism Fellowship Program and was a Hoover Institution research fellow (2011), both at Stanford University.