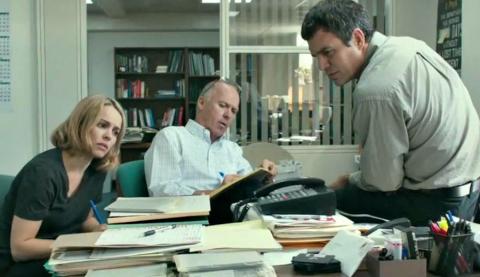 A consortium led by the Balkan Investigative Reporting Network (BIRN), which includes the Center for Media, Data and Society (CMDS) at Central European University, won an €1.8m EU grant to run a three-year project aimed at strengthening journalism across the Balkans and Turkey.

The goal of the project is to enhance media trust among citizens and create a safe environment for journalists to produce independent news content through training, mentoring, technical and financial support, and publishing.

The project will be implemented by BIRN Hub in partnership with Thomson Media gGmbH (TM), the International Federation of Journalists (IFJ), the European Broadcasting Union (EBU), Central European University (Center for Media, Data and Society at CEU), the Media Association of South-East Europe (MASEE), the Center for Investigative Journalism of Montenegro (CIN CG), the Independent Trade Union of Journalists and Media Workers in Macedonia (SSNM), BIRN Albania and BIRN Serbia.

The project is funded by EuropeAid/European Commission through its Regional Training and Support Program to Improve Quality and Professionalism in Journalism. The three-year project is intended to address the main problems and challenges in the Western Balkans identified in the Feasibility Study for the Establishment of a Regional Program in Media and Journalism Training, a study conducted for the EU between September and December 2016 that canvassed more than 80 media professionals in Europe. The study found:

Funding of cross-border story ideas and a study trip for up to 20 editors to a major media outlet in Europe with a highly-developed investigative newsroom are also planned. The project also envisages the launch of a resource platform for investigative journalists aimed at providing them with tools and services needed in their investigations.

An important element of this project is the continuation of the ongoing regional EU Investigative Journalism Award in the Western Balkans and Turkey. Through this scheme, 63 prizes will be awarded over the course of three years, three in each project country (Albania, Bosnia & Herzegovina, Kosovo, Macedonia, Montenegro, Serbia and Turkey).