The Future of China’s Internet: No One Will Be Left Unscored 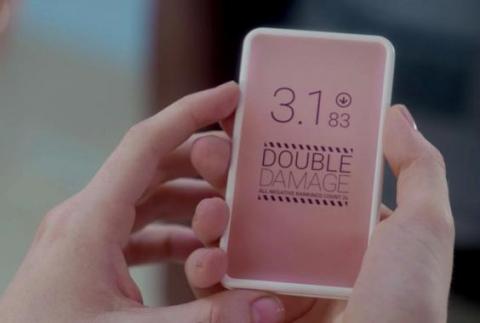 In “Nosedive”, the first installment of Netflix’s third “Black Mirror” season, protagonist Lacie Pound lives in a world where people’s value in society is determined by a user-generated score system. Lacie has a respectable 4.2, but that is much lower than the score of her childhood friend, Naomi, who boasts 4.8, very close to the much sought maximum 5. Lacie thus takes desperate steps to boost her ranking, but a series of mishaps pushes her score down to zilch.

“Nosedive” is a riveting parody of the scoring mania in today’s society, seen through a science fiction lens. Some saw in it an allusion to the ride-sharing company Uber, which uses such a system to rank both its drivers and riders.

But the drama Lacie Pound lives is not science fiction anymore. China is rapidly deploying a vast scoring system aimed at guiding its people’s actions and thoughts as well as their social interactions. In the first phase, the system is being deployed by commercial players. The government is going to join with a system of its own in a couple of years.

That is likely to secure the government’s control of its citizens, particularly the disobedient ones.

Big Brother Is Getting to Score You

Have you paid your utilities? Would you like to get a visa waiver? What is your score? These are questions that the current users of the Alibaba and Tencent scoring applications are asked on a regular basis. Alibaba and Tencent are two of China’s largest technology companies by revenue and number of customers.

Use of the so-called Social Score Application (SSA) has become a trend in China. They can give people commercial benefits and increase their social rank. 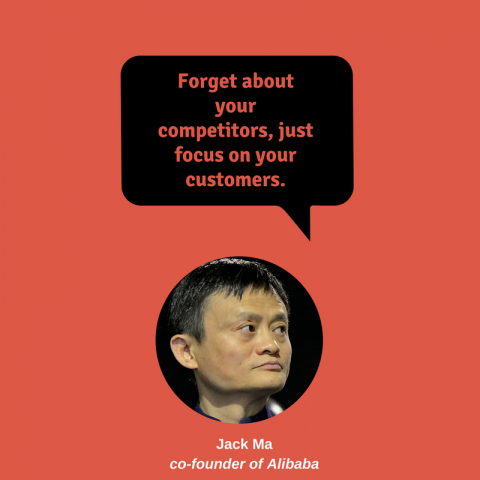 Sesame Credit, which was introduced to the market in 2015, is a part of Alipay, an application that scores people depending on the transactions they make on a daily basis. Developed by Ant Financial Services Group, an arm of the Chinese e-commerce behemoth Alibaba, Sesame Credit evaluates its users under five categories as following: credit history, fulfillment capacity, personal characteristics, behavior and preferences, and interpersonal relations.

The app monitors if you pay utilities, rent or loans on time, giving you a rating ranging from 350 to a maximum of 950. The higher your rating gets, the more benefits you may receive. Moreover, the background color of your scoring dashboard is turning blue as a peaceful sky. One way to raise your score is by connecting with highly ranked people.

Alipay is the most widely used digital payment tool accepted by merchants in China with a reach of 71%, according to China Internet Watch, a Singapore-based consultancy. It has 520 million registered users.

Sesame Credit is also said to be a key tool for identifying the most loyal employees, which is important for the Chinese state. Allegedly, high scores help individuals to jump on better career paths or gain extra benefits such as a country visa waiver, renting a car without prepayment or getting free train tickets. In contrast, bad boys get punished. Hu Tao, Sesame Credit’s chief manager told Wired that the system is designed in such a way that “untrustworthy people can’t rent a car, can’t borrow money or even can’t find a job.”

In a move to compete with Alipay, another Chinese technology giant, Tencent launched its social credit application in Beta version, similar to Sesame Credit, in January 2017. Tencent’s app basically rates users according to the amount of time spent and the quantity of private information they share on Tencent’s platforms, namely on services like the instant messaging app QQ or the social media platform WeChat.

Commercial scoring applications are spreading fast and are likely to fundamentally mark all aspects of the people’s private lives in China. In early March 2018, WeChat announced that it hit one billion monthly users for the first time. QQ is close with some 950 million.

By allowing these social reward systems, the Chinese government wants to preempt instability that might threaten the Communist Party, according to Samantha Hoffman, a consultant with the International Institute for Strategic Studies, a London-based global think tank. Hoffman, who is researching social credit, told Wired: “That’s why social credit ideally requires both coercive aspects and nicer aspects, like providing social services and solving real problems. It’s all under the same Orwellian umbrella.”

Transportation is one area where the social credit system is expanding rapidly. For example, selling fake train tickets or smoking on trains can now hurt people when such actions are registered in their credit history: related information will be kept on record by railway authorities for five years, according to regulations introduced by the government in January 2017.

However, the social scoring applications are not only profit-making tools. They will likely be used to identify troublesome, critical people that in the eyes of the regime can be destructive factors for the Chinese society. As data about their movements and transactions are collected, surveilling these people will be a cakewalk. There have been many cases in the past where Chinese devices were found sending data back to China-based servers.

It is expected that social scoring will prompt people to engage in a race to boost their scores by “optimizing” their group search, purchasing only products authorized by the regime’s watchdogs and agreeing with the state ideology in their conversations on social media. Breaking these rules will have serious consequences especially if the Communist Party takes over the whole scoring system.

The Chinese government plans to launch its own Social Credit System in 2020. It is not clear yet whether the existing commercial models will be then folded into this government system or function separately. The government only said that, when introduced, the official social score system will be run by the government and citizens will be obliged to use it.

Government meddling with people’s lives through this system is expected to have a chilling effect on cyber activism and to coerce Chinese people into obeying their regime by default. It is widely believed among experts that social scoring systems are already a behavior-changing instrument in the hands of the Communist Party.

Interestingly, a high number of people in the country are already enthralled by the scoring systems although many of them are aware that by using these applications, they accept being monitored. How comfortable they will feel when the government takes charge is a big unknown.

Svetlana Zens is a Master’s candidate in Public Policy at Central European University (CEU). She specializes in media and cyber policy, with a particular focus on civic engagement applications of EU and China. Before coming to Budapest, Svetlana was living and working in Kyrgyzstan (Central Asia). She wrote this article for the CMDS practicum course run by CMDS director Marius Dragomir at the CEU School of Public Policy.