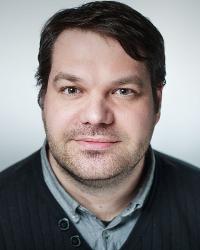 Tomáš Bella is co-founder and web director of "Denník N", an independent Slovak daily newspaper founded and owned by its journalists. Before, he was editor-in-chief of the largest provider of Slovak web journalism; sme.sk and co-founder and first CEO of Piano, company offering publishers paywall software.

He was listed among the world's 50 leading innovators in journalism and media won several journalism prizes, recently the Slovak Best Reportage award for his coverage of the European refugee crisis.