ICA Pre-Conference: Global Perspectives on Populism and the Media

Public talks and discussions of the conference:

Challenges of Populism for Media in Central and Eastern Europe

Across the CEE region, the growing appeal of right-wing political populism, channelled through many traditional news outlets as well as online platforms, has contributed to widening societal polarization, and enabled for increasing prominence of xenophobic, non-liberal and anti-European attitudes in the public sphere.  Bringing together four experienced media practitioners who specialize on the coverage of politics in the region, the roundtable will focus on the role of the media as both victims of and channels for right-wing populism in Central and Eastern Europe. 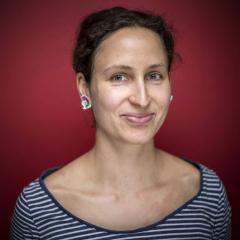 Zuzana Kepplová has since 2015 been an editor of opinion pages and a columnist at SME, the major non-tabloid newspaper in Slovakia. She is a CEU alumna in gender studies. She authored three books of prose dealing with issues of post-1989 migration of youth. In 2012 and 2016, her books were listed in the final round for the Anasoft litera prize. 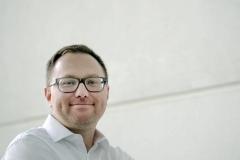 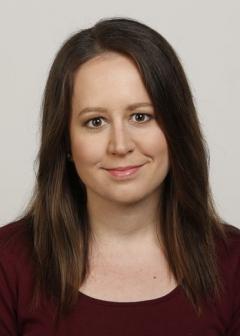 Anita Kőműves is a reporter at the Hungarian investigative site Atlatszo.hu. Before that, she spent 11 years at national daily newspaper Népszabadság, the media outlet that was shut down in 2016 for political reasons. In the 2014-2015 academic year she was a Fulbright grantee studying data journalism and investigative reporting in the University of Maryland, College Park while also interning at the Washington Post. 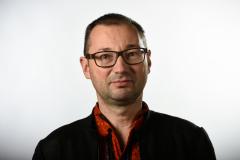 Bernhard Odehnal has been a journalist since 1991, covering the wars in Bosnia and Kosovo for the Austrian Magazines Falter and News, later for the Swiss Magazine Facts and the Sunday paper Sonntagszeitung. Editor Foreign Desk for the Swiss weekly paper Weltwoche from 2000 to 2003, covering Kosovo, Serbia and also the war in Afghanistan. Awarded with Zürcher Journalistenpreis for a reportage on Bosnian refugees in Switzerland. Since 2004: Correspondent for the Swiss daily paper Tages-Anzeiger, covering Austria, Hungary, Slovakia, Czech Republic, Romania, Bulgaria. Partly based in Budapest, coverage of the refugee crisis in 2015 and 2016.

Global Perspectives on Populism and the Media

While populist politics is a well-documented feature of modern political culture, and sometimes meets not only with critique but with praise for challenging ossified practices and values of pragmatic democratic politics, the communicative aspects of populism have been underexplored or ignored. Therefore, this panel brings together leading scholars of political science and communication studies do discuss the relationship between populism, communication and the media worldwide.

The study of populism has never been more important than today in light of recent social, political and economic tumult, and developments in transnational media cultures. Across the world there have been numerous populist backlashes against elected governments and their policies. The emergent concerns of citizens about, for example, immigration and economic austerity have been exploited by a range of political opportunists, many with access to media resources. A proliferation of digital and social media is in some countries providing new cultural spaces for these actors to disseminate their messages and gain mainstream media attention. In addition, established political communicators are not immune to the populist impulse. Some mainstream political parties and politicians, for example, have adopted populist rhetoric in order to ensure electoral support, and some mainstream media organizations, facing increasing commercial competition, have pandered to populist political agendas. While populist politics is a well-documented feature of modern political culture, and sometimes meets not only with critique but with praise for challenging ossified practices and values of pragmatic democratic politics, the communicative aspects of populism have been underexplored or ignored. Moreover, populist movements are often analyzed with a particular focus on European and American right-wing movements. But populist movements and upheavals have appeared from the Philippines to India to Turkey to Russia. At the same time, variations of populism have arisen on both the right and the left (and in-between) and have surfaced in a variety of political systems and traditions.

We are very grateful to the international peer-reviewed journal Media, Culture & Society for supporting this conference in solidarity with colleagues at Central European University.