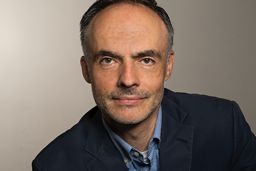 Mass media influences how facts are viewed and debated in a society, contributing to crafting its public opinion. Independence and pluralism of media, opinions and views - including criticism of people in power - is the safeguard of a healthy democratic system. Monitoring and ensuring ownership pluralism supports independence and freedom of choice as well as the media sector’s economic strength and efficiency.

The Media Ownership Monitor, developed and implemented by Reporters Without Borders, is a global research and advocacy initiative that creates transparency on “who owns the media?” - and ultimately aims at answering the question “who controls the media?” through contextualization and analysis. For selected countries, it offers an easily accessible, continuously updated and searchable source that allows to find out, whose interests are behind the news that people watch, read or listen to. Transparency in this field is a prerequisite for media independence.

Olaf Steenfadt is a broadcast journalist and correspondent, media management executive, strategy consultant and lecturer. He launched his career as news-reporter, investigative journalist and correspondent for national German networks (ARD, ZDF), later also hosted TV-programs and worked as a writer/director of documentaries. His international assignments included Europe, the U.S. and South-east Asia, where he was based as a foreign correspondent. After many years in front of the camera, he traded the microphone for a desk and took on several leading managerial roles in media marketing, first within a broadcaster’s corporate communication division (ZDF), later as managing director of an outsourced agency-type subsidiary, specialized in brand management and promotion for electronic media. Currently, Olaf works as an independent management consultant, primarily focusing on strategy, regulation and governance of European public service media in the digital age. His main expertise lies in the field of post-conflict media development and transition, including assignments with major international organizations and NGOs.