The Metadata is the Message: Understanding the Rhetoric of Online Activism 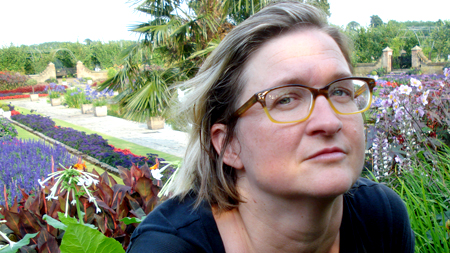 #Tahrir, #Zuccotti, #IndiaGate, #Taksim, #Ferguson. All of these hashtags index a particular informational thread of protest within the larger cultural conversation. Such hashtags simultaneously mark the importance of a specific geographical location in which the body is at risk – of being jailed, deported, beaten, tortured, or executed – and in which the body becomes part of a political crowd that agitates for a more direct and less representative form of democracy. Online communities form and congregate around particularly charged keywords, and often political conversations appear to be energized by this access to a shared lexicon. Although “hashtag activism” often tags content with particular slogans, such as #yesallwomen or #blacklivesmatter of #refugeeswelcome, it is noteworthy that trending topics on Twitter are also likely to reference proper names and thus to tether the language of social movements to stable and specific informational tags. In addition to referencing geographical locations that can serve as sites of gathering, they may also name specific individuals who are commemorated as victims of violence (#Neda, #MikeBrown, #TrayvonMartin, etc.) This desire to name the victim with a hashtag can be problematic if the consciousness-raising effort involves awareness campaigns about rape or sexual assault, as was the case for those agitating for change in response to the Delhi Rape Case.

In Networks of Outrage and Hope Manuel Castells asserts that political power is expressed both through violence to the body and through knowledge systems. The relationship between the body that can be counted and the body that can be harmed is central to the cultural imaginaries of digital revolution. The presence of the body can be signaled in a number of ways, including through genres such as selfies in the square. Yet activism also represents procedural logics that have taken a computational turn as protocols of political organization and disruption not only agitate for radical change but also perform informational labor that creates new sorting systems in the political order, so that the metadata is increasingly the message.

This presentation complicates Castells’ analysis of social movements by emphasizing the fact that participants rarely behave like idealized netizens or citizen journalists. Thus narratives about “tweeting the revolution” should reflect the messiness of existing practices and how norms from digital culture may actually be transposed to the sites of social movements. Protesters may bring techniques and tactics for building community or agitating for disruption learned from participating in game worlds, fan sites, hacker hubs, troll havens, showcases for microcelebrity, or other online environments.

Elizabeth Losh is the author of Virtualpolitik: An Electronic History of Government Media-Making in a Time of War, Scandal, Disaster, Miscommunication, and Mistakes (MIT Press, 2009) and The War on Learning: Gaining Ground in the Digital University (MIT Press, 2014). She is the co-author of the comic book textbook Understanding Rhetoric: A Graphic Guide to Writing (Bedford/St. Martin's, 2013) with Jonathan Alexander and is working on an edited collection with Beth Coleman about media activism. She has also written a number of frequently cited essays about communities that produce, consume, and circulate online video, videogames, digital photographs, text postings, and programming code. The diverse range of subject matter analyzed in her scholarship has included coming out videos on YouTube, videogame fan films created by immigrants, combat footage from soldiers in Iraq shot on mobile devices, video evidence created for social media sites by protesters on the Mavi Marmara, remix videos from the Arab Spring, the use of Twitter and Facebook by Indian activists working for women’s rights after the Delhi rape case, and the use of Instagram by anti-government activists in Ukraine. Much of this body of work concerns the legitimation of political institutions through visual evidence, representations of war and violence in global news, and discourses about human rights. This work has appeared in edited collections from MIT Press, Routledge, University of Chicago, Minnesota, Oxford, Continuum, and many other presses.

Before joining the faculty at the College of William and Mary, she was Director of the Culture, Art, and Technology program at Sixth College at U.C. San Diego, where she taught courses on digital rhetoric and new media. She is also a blogger for Digital Media and Learning Central, and a Steering Committee member of FemTechNet.