Zselyke Csáky on Bellingcat on How Janša Copied Orbán’s Strategy 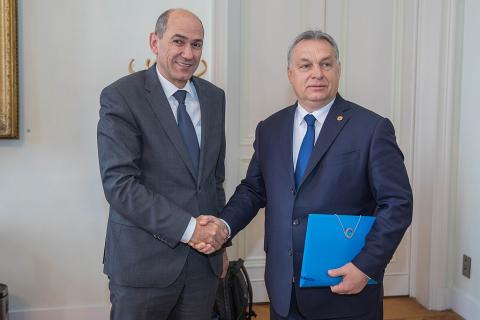 The article reports on how Janša built a media empire that helped mainstream the extreme right in Slovenia. His media strategy, the article writes, has been modelled on that of Hungarian prime minister Orbán.

Zselyke Csáky told Bellingcat, “Janša copied Orbán’s media strategy because he saw that it worked, period.” He hoped to copy Orbán’s years of electoral victory, in which, Csáky said, the media played a key role. She said,

“Orbán’s successes are in large part thanks to the loyal pro-government media and the parallel reality, if you will, that Orbán has been able to build up over the past decade”.