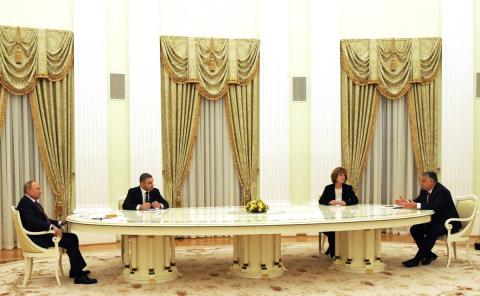 In the weeks running up to the elections in Hungary, pro-government media outlets employed “smear campaigns and disinformation – narratives that are in favor of and produced by the government,” our Senior Program Officer and Researcher Éva Bognár told the Los Angeles Times.

Exploring Orbán’s landslide election victory, the article names his tight grip on the media as one of the reasons.

Éva Bognár is reported in the article as saying state-run media marches in lockstep with the government, and many previously independent media outlets have been bought up by Orbán’s allies.

“There are concrete disinformation campaigns that are familiar to those who study Russian propaganda,” she said, adding that in recent weeks, “there were two main topics: the war in Ukraine, and the election campaign, which was not unrelated to the war.”

In both cases, she said, pro-Orbán outlets employed “smear campaigns and disinformation — narratives that are in favor of and produced by the government.”