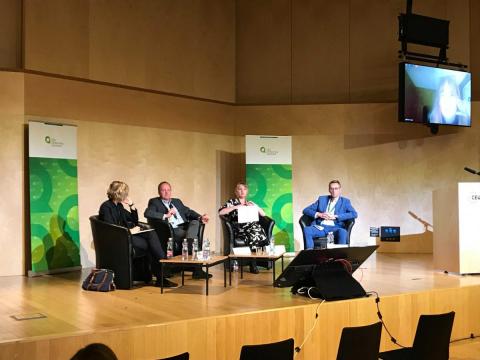 In her opening comments, Júlia Sonnevend said every single media invention had triggered great hope that it would bring a new form of democratization. For example, a microphone was hoped to give everyone a voice, or the radio reached large audiences and could be used to communicate meaningful content. A newer example is the comment section under news articles, which many hoped would lead to democratic discourse. These elevated hopes have always been dashed. She said she would be careful with arguments about the media supporting democratization, but at the same time she acknowledged that the type of media used matters; media types have certain affordances. 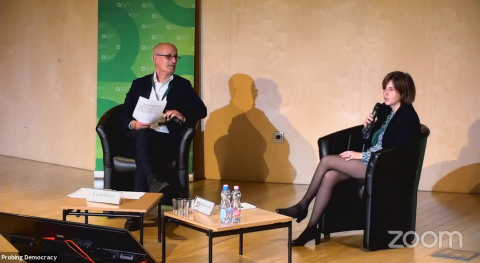 The roundtable on illiberalization and the public sphere was moderated by Zselyke Csáky. Kate 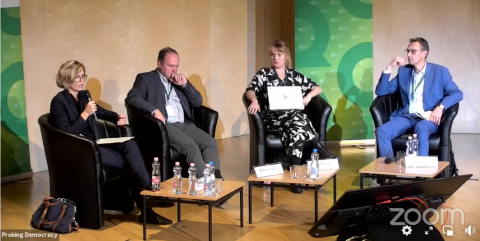 Coyer talked about the privatization of both the internet and the public sphere. She argued that as much as the focus on social media harm has been about the content, it is tech companies’ surveillance-based business models that are at the core responsible for distorting the public sphere.The business model consists of continuously accruing data and microtargeting-based advertising. This, coupled with the opaque algorithms that support it, are the root causes of the platforms’ failure to curb the flow of disinformation and extremism, she argued.

Coyer pointed out that algorithms drive the reach of the messages by targeting them to people who are the most likely to share it. The system is built to reward engagement, and there is

evidence that more extreme content encourages more engagement. This means that the same kind of content that threatens the public sphere and democracies are what social media companies make their profit on. They have an inventive not to deal with this kind of content, Coyer argued.