How Streaming Saves Mexican Television in Times of Pandemic 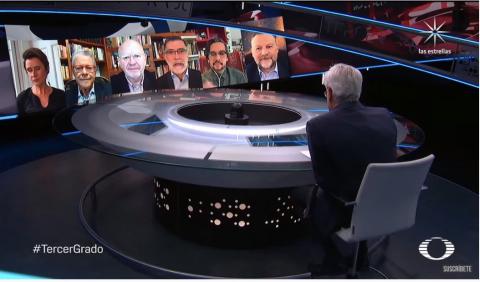 Television networks in Mexico have adopted digital platforms to be able to remotely manage the news programs that, before the Covid-19 crisis, were produced by journalists and analysts who were physically present in the stations’ studios. Streaming has been a useful tool used to adapt the news production to the new reality that we live in nowadays.

In some cases, news programs and television debates are exclusively broadcast remotely; in other cases, although there are reporters physically present in the studios, most of the interviews are conducted via streaming. There are also news programs that use a mixed production, with a moderator or an anchor present on the television set while analysts and guests join the show from their homes through platforms such as Skype.

Tercer Grado (Third Degree) is the most important debate show in the programming grid of Televisa, the main television broadcaster in Mexico. The show is aired every Wednesday after the evening newscast and, before the pandemic, its production design always featured a roundtable where seven journalists gathered to discuss and exchange arguments and opinions about the weekly news agenda. The program’s moderator is the station’s vice president of the news department, Leopoldo Gómez.

After March 11, when the coronavirus pandemic was formally acknowledged by the World Health Organization (WHO), the recommended measures of physical distancing and staying at home prompted many television programs to make adjustments to their production format.

In its March 18 show, Tercer Grado first relied on digital platforms to produce a mixed broadcast where some participants were in the studio, but others gave their opinions from their homes. The show already had a reduced number of participants: instead of seven, it featured only five people (one moderator and four guests). That day, at the round table where the full team of seven used to sit, there were only the moderator and two journalists sitting at more than one meter away from each other. Screens were set up in the studio, showing the other two analysts who joined the debate directly from their homes.

A week later, on March 25, the format of the program changed again: only the moderator was in the studio while all the analysts remotely participated in the show. It was attended again by seven participants, but, from that day on, besides Gomez, the moderator, all the other guests connect weekly from their homes.

Between March 18 and August 12, the program has produced a total of 18 shows, and in all, there is only one moderator in the studio and the six journalists who usually analyze the relevant information use streaming to speak to each other. Each one connects from home to discuss the topics proposed by the moderator.

Other news programs broadcast by Televisa increasingly used streaming although they always have moderators in the studio. The company’s flagship newscast, En Punto, is broadcast live every day. Its moderator, journalist Denise Maerker, is present in the studio daily. On set, she presents the news and stories that the team of reporters gathered during the day as she always did before the pandemic, but now, if there is any live interview, it is done remotely, through streaming, without the guest in the studio.

On air, Maerker is never shown with a mask, but, according to sources in the company, she and all the staff who enter the broadcaster’s facilities, use the masks when off-air and diligently observe all the health measures recommended by the authorities. Televisa, for example, has placed signs advising their staff to allow distance between those who come to their studios; in the corridors, antibacterial gel is available and specific arrival and departure routes are set to prevent people from being too close to one another.

Some reporters working at Televisa agreed to disclose information on how the health measures are followed at their workplace although they asked not to be identified. They claim that the company decided to increase health security measures when the first Covid-19 case appeared among the staff and, although it did not initially provide its reporters with basic things such as a mask, that began to happen shortly after the Coronavirus was declared a pandemic.

The television then decided to accept working from home, ordering its reporters not to go out if they were part of the vulnerable population in terms of health condition or considered to be more at risk (being over 60-year old, with obesity or some previous chronic condition such as diabetes).

Television journalists who cover stories that require journalists to go out to do interviews or collect data are allowed to work from home according to a timeline in which two weeks are worked from home and one week out on the job. Cameramen are also allowed a similar work routine: they can stay home for one week and the next week they have to go out and film what needs to be recorded to ensure that the stations has always visual feed for the daily news briefing. 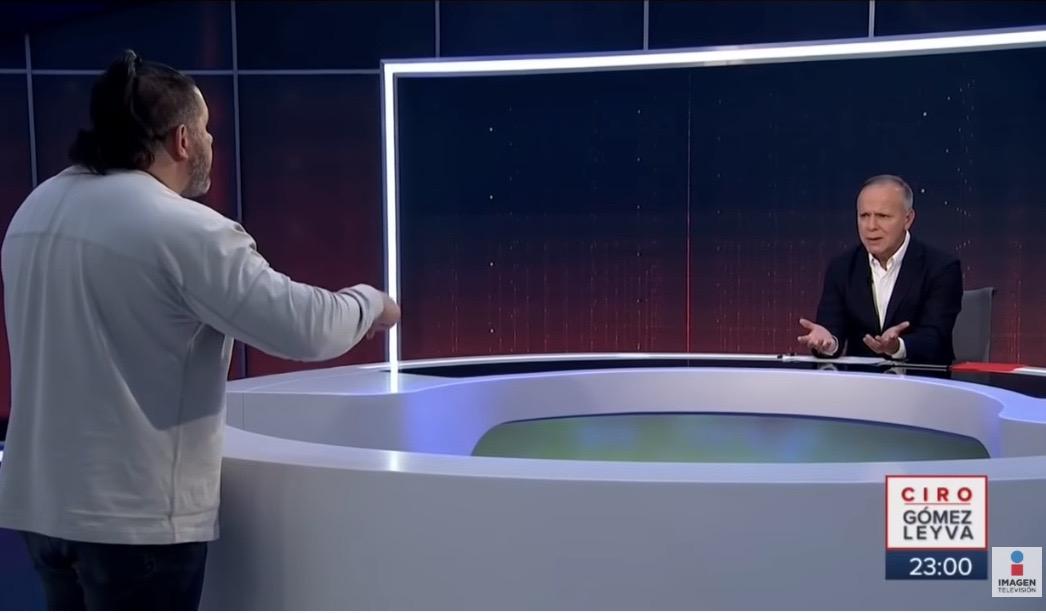 Screenshot from the program “Imagen noticias,” aired on August 7, 2020.

In the case of Televisión Azteca, the second largest private television network in Mexico, its news shows have moderators in the studio, but many interviews about the news of the day are done via streaming. On Imagen Televisión, the third largest private television broadcaster in the country, the moderator of the station’s main newscast, Ciro Gómez Leyva, produces the program from the studio, keeping the social distance from the invited analysts. The station doesn’t usually engage with the guests by streaming.

One broadcaster that excels in the use of digital platforms is La Octava, a newly established television station, that broadcast news shows completely via Skype. One of them is Los periodistas (Journalists), a program moderated by Alvaro Delgado and Alejandro Páez. Both journalists broadcast live from their homes every afternoon. 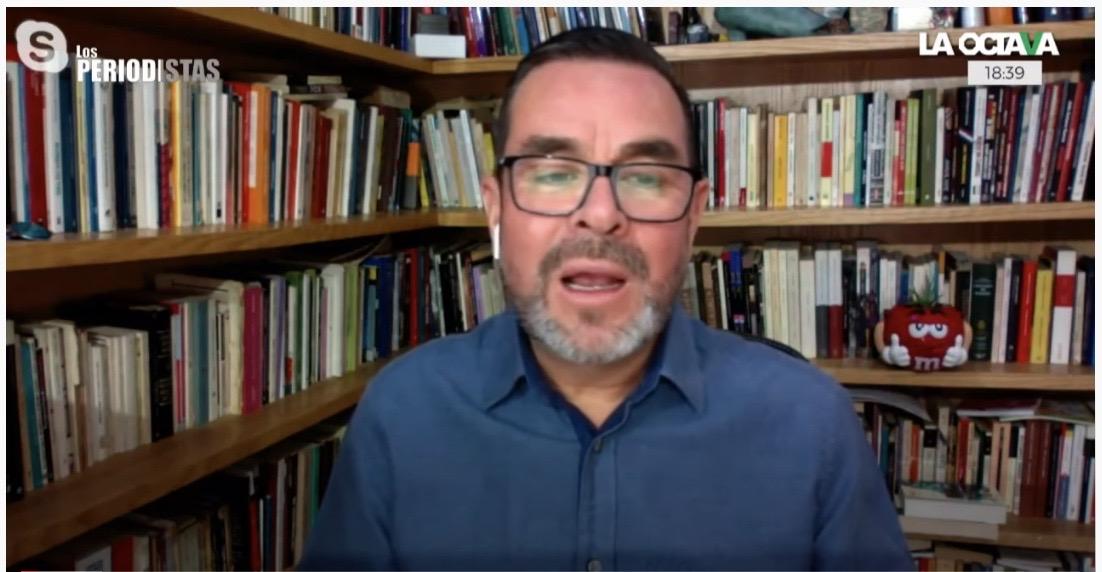 Due to the pandemic, 55,000 Mexicans have died so far in 2020. The number of journalists who have lost their lives because of the new coronavirus in Mexico is high compared to the number of deceased reporters recorded in other countries. Between March and August 2020, at least 27 journalists died in Mexicov due to the virus, according to records from Article 19, an NGO.

The use of streaming and other novel production methods for Mexican television is not enough to solve the problem, but it can be used as a protective measure and is already becoming a new reality in broadcasting. It can help, albeit a little, to institute news gathering routines fit for the time of pandemic to allow journalists to report the news while observing the safety measures consistent with recommendations from health authorities.

Luis Miguel Carriedo is a freelance journalist, specializing in analysis of media and elections. He was awarded the German Walter Reuter Prize for Journalism in 2007. He has worked as an electoral consultant, hosted a show at the public radio in Mexico, and was the editor and guest commentator for various radio and television programs. He is now a columnist for the Zócalo Magazine, the Heraldo de México newspaper and the MediaPowerMonitor portal.