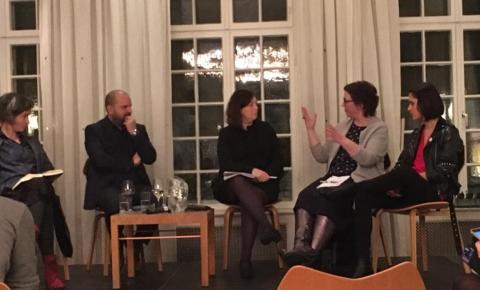 The Ethical Journalism Network, in collaboration with Norwegian PEN, organized a panel discussion on the ‘Challenges to the media in Central Eastern Europe’, on December 5, in Oslo, Norway. The panelists, including Marius Dragomir, Director of the Center for Media, Data and Society, talked about key issues faced by journalists in the region and looked at the increasingly problematic relationship between media and democracy across Europe and around the world.

“They [the government] took over as much as they wanted to ensure they get majority in parliament, so not all of media,” he said, adding that propaganda is very powerful in the region. Without the control they had achieved in the media they wouldn’t have monopolized public sphere, he continued.

Truly independent journalists are very few and far between and very small, they are resisting, and existing through cross border collaboration, he pointed out. He also emphasized the need to talk about ethics in the fight for journalism.