Dragomir on the Netflixification of the Media 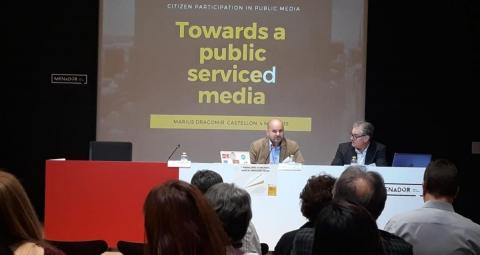 Marius Dragomir, Director of the Center for Media, Data and Society spoke at a conference in Castellon, Spain.

The keynote speech was delivered by CMDS Director Marius Dragomir, who analyzed the various challenges to boosting citizen participation media have to face.

According to Spanish news agency EFE (quoted by the daily La Vanguardia), he spoke about three key types of citizen participation: through financing, governance and content production and distribution, especially on social media.

As he said: one of the ways to enhance citizen participation in the media is to favor the creation of protocols to promote newsrooms that integrate audiences' collaboration channels and thus create open, transparent and versatile digital agoras, instead of investing in distribution platforms that quickly become obsolete. Innovative alternative models must be found to attract audiences to the media, Marius Dragomir concluded.