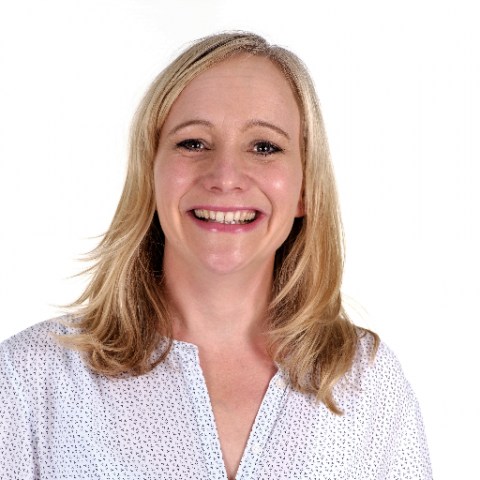 The fortune left by Gerd Bucerius, one of the founders of the German weekly Die Zeit, is now spent on many good things. Journalism is one of them. ZEIT Foundation shared with CMDS its take on journalism.

When Gerd Bucerius died in 1995, Die Zeit, the weekly newspaper that he had co-founded nearly fifty years before, was an established authority in the German news media industry. Known for its in-depth, long-form stories and essays, Die Zeit remains one of the most read weeklies in Germany with a circulation in excess of 500,000 copies and a readership of over two million.

But it’s not only a newspaper that Bucerius left behind. In 1971, his large fortune was donated to a foundation that has since funded research, culture, education and training as a way to support civil society. “The ZEIT-Stiftung sees itself not just as a part of, but as force for good in a liberal and open civil society,” the foundation stated in its mission.

The main destinations of the ZEIT-Stiftung’s funding are the Bucerius Law School, founded in 2000, and the Bucerius Kunst Forum, an art gallery launched in 2002, both located in Hamburg, the city where Bucerius lived much of his life.

But although Die Zeit is a big name in journalism, not so many people know that the newspaper’s eponymous foundation also finances journalism. In an interview with CMDS, Jessica Staschen, the head of communications at the ZEIT-Stiftung Ebelin und Gerd Bucerius in Hamburg spoke about the foundation’s strategy on journalism, explaining what it takes to get a ZEIT grant.

Jessica Staschen: Digitalization triggered the most significant changes in journalism: to work as a journalist a decade ago meant working for a newspaper, broadcaster or news agency. There were hardly any possibilities to publish your story or to create an audience without those gatekeepers. Today every journalist can post his or her story on their blog, create a podcast, start a YouTube channel, use Facebook or Twitter to get their story out.

But this new freedom is not without risk. Everyone can claim to be a journalist; stories that are neither verified nor checked by former gatekeepers can make their way to the public a lot easier than a decade ago. Due to this new diversity, more and more publishing houses are struggling. Fewer people buy newspapers or turn on the TV or radio for news. Therefore, funding longtime investigative journalistic research gets a lot harder.

Another concerning development is the rising number of journalists worldwide who face repressions because of their work.

CMDS: Your scholarships address various types of candidates including journalists and academics, individuals or organizations. What is the philosophy behind having established a funding portfolio with such a broad range?

Jessica Staschen: The broad range of our funding portfolio is based on Gerd Bucerius’ engagement in a wide range of social debates. His passionate interests in politics, economy and culture shaped the ZEIT-Stiftung Ebelin und Gerd Bucerius.

The foundation promotes research and scholarship, art and culture as well as education and training. The foundation also initiates debates on political and social topics and provides forums for digital development to follow the tradition of Gerd Bucerius' open-minded way of thinking.

CMDS: Do you expect applicant for ZEIT funding to list any specific goals in the projects you choose to fund: how detailed does their project plan need to be?

Jessica Staschen: The ZEIT-Stiftung provides funding primarily for its own initiatives. The foundation also welcomes applications for funding if the proposed projects conform to our statutes and aims.

The key criteria for approval are the innovative potential and sustainability of the project as well as collaborative efforts to create synergies – ideally across national boundaries – and the originality of the proposal.

The foundation puts special emphasis on the investment made by the applicant and on their efforts to find other partners. In some cases, specialist consultants may be invited to evaluate the grant application.

CMDS: Your Free Media Awards support independent journalism in Russia, Ukraine, Belarus, Azerbaijan, Georgia and Armenia. Why did you choose these countries specifically?

Jessica Staschen: The engagement of the ZEIT-Stiftung [in supporting] independent journalism in eastern countries has a long-standing history and is based on the ideas and motives of our founder Gerd Bucerius. The “Free Media Awards-Supporting Independent Journalism in Eastern Europe” are presented by the ZEIT-Stiftung in collaboration with the Norwegian foundation Fritt Ord.

Anyone with an interest in Eastern European journalism can recommend candidates for the awards. We receive recommendations from editors, politicians or fellow journalists from all over Europe.

A jury of six Eastern Europe experts from Norway and Germany also makes suggestions. In collaboration with representatives of the two involved foundations they then review and discuss the nominees.

CMDS: Where do you see your foundation in 20 years and beyond?

Jessica Staschen: With the activities of our foundation, we aim to inspire, motivate, and achieve lasting, sustainable, permanent change. Achieving these goals is not always possible. We also want to learn from experience and grow as a result.

Hopefully in 20 years we will still be able to help highly gifted and motivated individuals, stimulate intercultural debates and provide networking opportunities in the spirit of cosmopolitan exchange and continue to invest in the preservation of our cultural heritage. 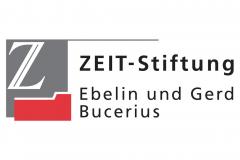 Source of funding: As a private, not-for-profit foundation, the ZEIT-Stiftung manages the estate bequeathed to it by Ebelin and Gerd Bucerius, and invests the income derived from it to fund its initiatives and projects.

Jessica Staschen studied political and media sciences and completed her journalistic traineeship at Norddeutscher Rundfunk. She has worked as a film author for the NDR science program "Plietsch" as well as for the media magazine "Zapp". As an editor, she worked on the ARD program "W wie Wissen" and the production company Elbmotion Pictures. In addition, she spent several years in London as a journalist for Norddeutscher Rundfunk, Swiss television and the British daily newspaper "The Guardian". Recently she has been working in science communication as a press officer at the Max Planck Institute for Comparative and International Private Law training junior researchers in dealing with the media. Since June 2019 she is Head of Communication at the ZEIT-Stiftung Ebelin und Gerd Bucerius and Program Director Journalism.

This interview is part of the Media Philanthropy: People and Impact project. Read more about it here.