Kate Coyer on “Digitalpolitik” at RightsCon 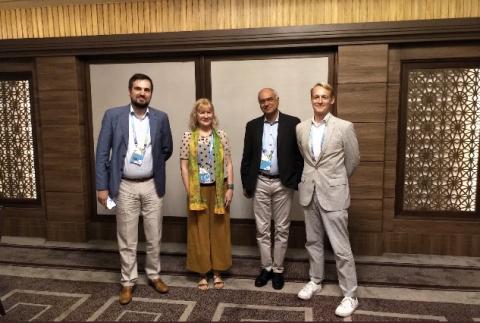 CMDS Fellow Kate Coyer recently spoke at RightsCon, the world's leading event on human rights in the digital age. This year's conference took place in Tunis, and featured over 3000 participants from 120+ countries and 700+ organizations. It was the first RightsCon to take place in the MENA region and was a unique and important opportunity to bring together activists, journalists, NGOs, advocacy groups, governments and companies. 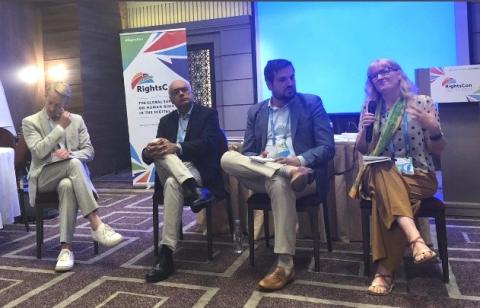 Kate spoke on a panel session entitled #DigitalPolitik and the Internet's Warring States Period. The panel was organized by Sean McDonald, Principal at Digital Public and CEO of Frontline SMS, and also included with Rohinton Medhora, President of the Centre for International Governance Innovation and David Mark, Advisor for the OSCE Office for Democratic Institutions and Human Rights. The panel dug deep into questions around the fragmentation of the internet and what that means for state relations. Governments, in particular, are using their influence to shape the ways that digital companies, markets, and rights connect us online. This new form of realpolitik, or “digitalpolitik,” is an emerging tactical playbook for how governments use their political, regulatory, military, and commercial powers to project influence in global, digital markets. The session launched a conversation on identifying, categorizing, and tracking the strategies and tactics, and their divergence, among the world's most influential digital actors.

Kate spoke as part of her VOX-Pol research problematizing the ways in which governments often use violent extremism to justify cybersecurity and internet controls with concerning implications for free expression.