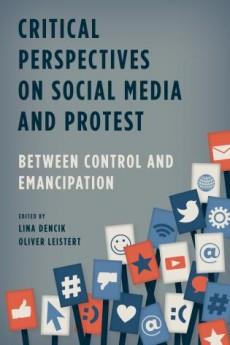 Commercial social media platforms have become integral to contemporary forms of protests. They are intensely used by advocacy groups, non-governmental organisations, social movements and other political actors who increasingly integrate social media platforms into broader practices of organizing and campaigning. But, aside from the many advantages of extensive mobilization opportunities at low cost, what are the implications of social media corporations being involved in these grassroots movements?

Critical Perspectives on Social Media and Protest, edited by CMDS fellows Lina Dencik and Oliver Leistert and published by Rowman & Littlefield International, takes a much-needed critical approach to the relationship between social media and protest. Highlighting key issues and concerns in contemporary forms of social media activism, including questions of censorship, surveillance, individualism, and temporality, the book combines contributions from some of the most active scholars in the field today. Advancing both conceptual and empirical work on social media and protest, and with a range of different angles, the book provides a fresh and challenging outlook on a very topical debate.