Anya Schiffrin: Global Muckraking - 100 Years of Investigative Journalism from Around the World 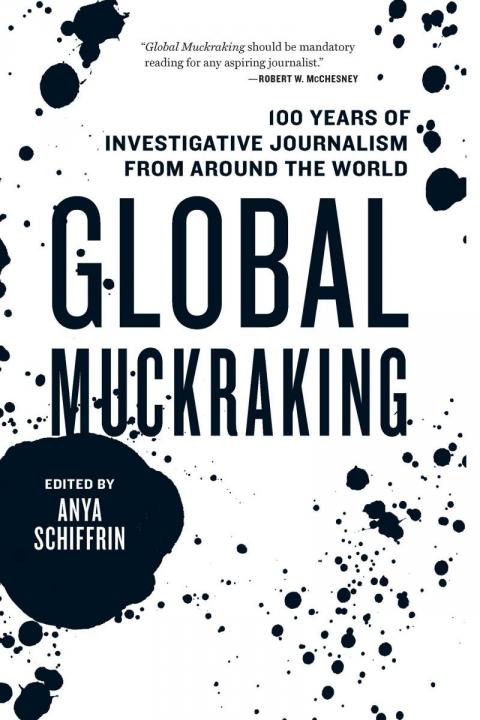 Now, in a groundbreaking chronicle of muckraking’s influence in America and abroad, noted author and journalist Anya Schiffrin presents some of the most important examples of world–changing journalism, spanning one hundred years of history and every continent.

Edited by Schiffrin and carefully curated by prominent international journalists working in Asia, Africa, Latin America, Europe, and the Middle East, Global Muckraking: 100 Years of Investigative Journalism from Around the World includes Donald Woods’s exposé of Steven Biko’s killing in South Africa, Rodolfo Walsh’s reporting on the 1957 massacre of Peronist activists in Argentina, Gareth Jones’s coverage of the Ukraine famine of 1931–32, missionary newspapers’ coverage of Chinese footbinding in the nineteenth century, George Orwell’s investigations into British imperial policies in Burma in 1929, and many others.

A sweeping and thorough introduction to international long–form investigative reporting, Global Muckraking is an important text for students of journalism and media studies, human rights, and global affairs.

Anya Schiffrin is the director of the media and communications program at Columbia University’s School of International and Public Affairs. She spent ten years working overseas as a journalist in Europe and Asia. She is the editor of Bad News: How America’s Business Press Missed the Story of the Century and a co–editor, with Eamon Kircher–Allen, of From Cairo to Wall Street: Voices from the Global Spring (both published by The New Press). She is married and lives in New York City.
Category:
Publications - Books
News
Academic Area:
Journalism