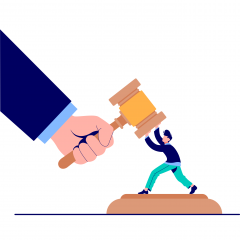 The study of Strategic Lawsuits Against Public Participation (SLAPPs), which were first identified as an abuse of civil litigation, has evolved, and SLAPPs are now generally characterised as vexatious suits and/or litigation tactics used to erode the right of individuals and groups to participate in and engage with matters of public interest. These lawsuits are based on meritless and frivolous claims, with demands for exaggerated damages. They do not aim to assert a right or obtain a redress for wrongdoing. Instead, their aim is to intimidate, and censor critical opinions, with a view to ostensibly exhaust the defendant, both financially and psychologically.

Secondly, SLAPPs are characterised by an imbalance of power between the plaintiff and the defendant. These claims are usually filed by powerful subjects, such as public officials, corporations and high-profile businesspersons against individuals or organizations that express critical positions on matters of public interest. SLAPPs target a wide range of public watchdogs, from journalists, activists, NGOs and human rights defenders to academics. Thus, anyone who speaks out in the public interest and holds the powerful to account is a potential victim of SLAPPs.

Thirdly, in a way, such litigations seek to use the judicial forum to suppress the dissenting voices by abusing the process and procedures of the Court, and there is invariably the employment of Court as a forum to gain legitimacy for such actions.

Some Examples of SLAPP Suits

While SLAPPs have been a long-standing problem worldwide, the magnitude of issues stemming from the impact they have on societies has largely been understudied. What is particularly concerning is the fact that the censorship of speech is being facilitated through the abuse of law and the Court, making SLAPPs not only a serious threat to freedom of expression as a fundamental human right, but a threat to democracy and the rule of law. Daphne Caruana Galizia’s case is illustrative of this. She was Malta’s leading investigative journalist, focused on exposing political and financial corruption. She continuously received threats and was subjected to various forms of harassment for her journalistic work. She was assassinated by an explosive device planted under her car in October 2017. At the time of her death, she was reportedly facing 47 civil and criminal defamation lawsuits filed by powerful business people and politicians. These strategic lawsuits aimed to intimidated her, and those which passed on to her family upon her death, were described by her son Matthew as a “never-ending type of torture”.

Similarly, SLAPPs have been used to intimidate human rights defenders and environmental activists. For example, Spanish meat producer Coren filed a €1 million claim for damages against the environmental activist Manuel García for exposing the company’s illegal livestock waste management practices and claiming that it was polluting As Conchas reservoir.

Project Description
This project aims to compare SLAPP cases in the Council of Europe region, the United States, Canada and India, filed during the timeframe of 2015-2020. The project predominantly seeks to study SLAPPs against journalists, academics, environmentalists, activists and civil society organizations. Primarily, we propose to evaluate the global nature of the phenomenon of SLAPPs manifestation by clustering cases according to the typology in order to interrogate their impact on the justice delivery system. With this kind of analysis, the dataset would be helpful in illuminating, among other issues, the magnitude of threat to democratic participation in some of these jurisdictions, as well as amplify the need for a legislative framework to prevent the Court systems for being misused as a forum to censor speech. The outcome of this research will predominantly be in the form of a report and law review articles which would be helpful to civil society organisations and scholars attempting to demystify the phenomenon of SLAPPs.

Focus
In line with the CMDS’ strategy which is built around researching the key forces that shape and influence independent journalism, the focus of this project is on tactics that, through abuse of the law and judiciary, target independent media, together with other public watchdogs, with the aim of suppressing public participation and democratic debate.

Roadmap for the Project

1. Data Collection— This phase consists of desk research. We aim to collect a sample of SLAPP across the jurisdictions filed against journalists, academics, activists and civil society organisations, in the timeframe from 2015 to 2020. Primarily, the sources used for this research phase are court websites and case law databases, together with OSINT sources such as news articles or NGO archives. We also propose to interview some of the victims of SLAPP suits to get first-hand account of their cases.

2. Organization—The information derived from cases will be systematized using adequate indicators which will help us organize the data and derive answers to different questions from the comprehensive case collection. This database will be the basis for analyses and articles on various research questions that arise under these issues, and which aim to offer a better understanding of the scope of the problem.

3. Dissemination— In this phase of the project we propose to create content, such as articles, videos and podcasts for the broader public to raise awareness on SLAPPs based on the findings and conclusions of our report, and to hold a virtual conference and invite stakeholders to comment on it. Our secondary aim is to set up a dynamic database of SLAPP cases that will be regularly updated to monitor such cases around the Globe from within a single webpage. 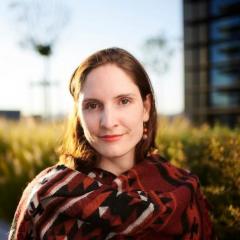 Kateřina Krejčová holds a bachelor's degree in Philosophy from the Charles University in Prague, a master's degree in Audiovisual Studies from Film and TV School of Academy of Performing Arts in Prague and a master's degree in Human Rights from Central European University. As a journalist and director, she shot investigative reports on issues in the field of human rights and environmental protection. Before joining the CEU, she had worked in Ukraine for environmental NGOs. Her main interests are freedom of expression, human rights in post-Soviet states and minority rights. 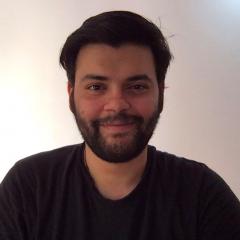 Raunaq Jaiswal is a Lecturer of Law at the Jindal Global Law School, O.P. Jindal Global University. He is also a member of the Bar Council of Uttar Pradesh, India. He completed his bachelor level studies from New Law College, Pune in 2014. He also holds Masters degrees from Jindal Global Law School, where he read for his LL.M. in 2015-16, and from Central European University, where he read for his LL.M. in Comparative Constitutional Law in 2019-20. Subsequent to his graduation in 2016, he worked at the O.P. Jindal Global University as a Researcher until 2019. His research has been acknowledged in a number of law review commentaries and books. He also writes opinion pieces occasionally for some of the leading newspapers in India. He is interested in the subjects of comparative constitutional law, law & literature and psychoanalysis. 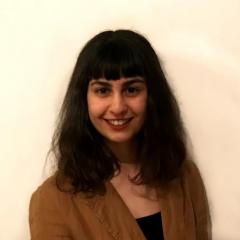 Feride Belma Bumin is pursuing her Master’s degree in Economics at the Department of Economics and Business at CEU. She is originally from Ankara and completed her Bachelor’s degree in Economics at the Middle East Technical University. For her master’s thesis, she is designing her experiment to question the role of incentives on the existence and acceptance of plausible deniability. She is interested in Data Analysis, Behavioral Economics and Experimental Economics. Beside academy, she is a yoga instructor for 4 and practitioner for 7 years. 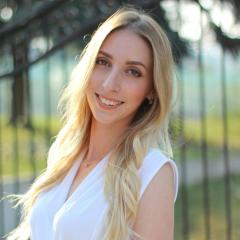 Šejla Karić is a human rights lawyer from Bosnia and Herzegovina. She holds a bachelor's degree in International Law from American University in Bosnia and Herzegovina, and a Master of Laws degree in Human Rights from Central European University. Specializing on media freedom and safety of journalists, she has written her master thesis on combating impunity for killings of journalists in the European Union, where she identified and analyzed various factors which have influenced state responses in the cases of Daphne Caruana Galizia and Jan Kuciak, Maltese and Slovak investigative journalists. Subsequently, she has worked with International Press Institute (IPI) and Office of the OSCE’s Representative on Freedom of the Media (OSCE RFoM) where she focused on advocacy, monitoring and reporting on media freedom violations, particularly in Southeast Europe and Turkey. Her research interests include safety of journalists, judicial harassment of journalists and activists, and various other media freedom and freedom of expression issues. 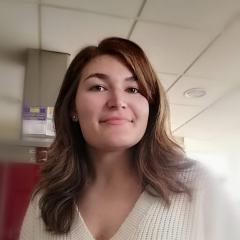 Amparo Carrión Domenech is a CEU graduate from the LLM in Human Rights program. Previously, she studied a double bachelor’s degree in Law and Political Science from the Universitat de Valencia, during which she did a one-year Erasmus exchange in the University of Maastricht. After graduation, she has worked as remote researcher at an NGO. She is currently preparing to become a member of the Spanish Bar Association, while working as lawyer assistant. Additionally, she is passionate of music and she teaches piano for all ages too. She has researched on different areas of representation, such as consultative procedures with indigenous organizations and identities of regional political parties. She is interested in issues of cultural diversity and the relation between law and political powers.

Political Sentiments Are Changing Against SLAPP, but Do Anti-SLAPP Law Work?