Black Waters: A Collaborative Investigative Journalism Project into Corruption and the Environment 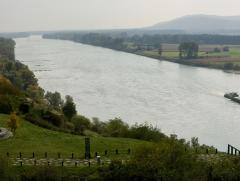 Black Waters is a hybrid investigative-research and advocacy project that responds to the need for engaging reporting on environmental damage, corruption and the consequences for social justice in Central and Eastern Europe (CEE). Over twelve months a team of researchers, journalists and audio-visual artists will develop novel multimodal methodologies, conduct mixed-methods research, and report their findings using audio, visual and textual media. From the beginning, the project’s team will work with affected communities and local experts. Although not activist in its character, the project will contribute to calls for environmental justice and accountability of big polluters in the region.

We see these three issues linked through the nexus of corruption-enabled environmental damage. Though these problems play out differently in different national and local contexts, and though the particularity of cases shapes the actualities of the outcomes, the broad contours are similar across the region. Namely, issues of environmental justice, whether linked to pollutants, overfishing or riverside developments, are often enabled by actors in the political and business spheres -- funds are misused, environmental checks are mishandled, conflicts of interest are undeclared, responsibility for clean ups is unattributed, and so on. Citizens often cannot keep track with the numerous cases of corruption. We hope to overcome corruption-fatigue through engaging multi-modal reporting and thus invigorate citizen actors, arming them with the knowledge to challenge abuses by the state, and make sure politicians and state officials are held to account when working on environment related issues. There is a risk that citizens remain disengaged, or that local state or political actors seek to co-opt critical voices. However, we see this as a challenge to do reporting better - write exceptional stories with and through different mediums, and involve local citizens in their crafting.

The project is funded by Open Society Initiative for Europe and we work in partnership with Atlatszo and Balkan Investigative Reporting Network.

The project’s overall goals are