The Center serves as a unique and flexible organization that connects talented students, scholars, activists and policy makers from across the globe to creatively and critically think about important communications policy issues.  The CMDS collaborates with research centers, policy making bodies, civil society groups, and distinguished experts, both internationally and within Hungary.  We have a wide range of long-term projects and focussed, issue-specific research endeavors.

The Annenberg School for Communication at the University of Pennsylvania produces and disseminates cutting-edge scholarly research, designed to advance the theoretical and empirical understanding of the role of communication, as well as applied research aimed at policy makers and citizens. Its Center for Global Communications Studies (CGCS) provides students, academics, lawyers, regulators, civil society representatives and others with the opportunity to evaluate and discuss comparative media law and policy and global and international communications issues. The CGCS provides research opportunities for graduate students; organizes conferences and trainings; and provides consulting and advisory assistance to academic centers, governments, and NGOs. The  CGCS aims to strengthen a network of international communications studies centers, which currently includes the CMDS, the Programme in Comparative Media Law and Policy (PCMLP) at the University of Oxford, the Stanhope Centre in London, the Communication University of China, and strong partnerships in the Middle East.

The Balkan Investigative Reporting Network (BIRN) was established in 2004 as a network of non-governmental organizations promoting freedom of speech, human rights and democratic values in Southern and Eastern Europe, and has developed a specific network structure that includes local independent organizations, gathered around an umbrella organization (BIRN Hub). BIRN has local organizations in Albania, Bosnia and Herzegovina, Kosovo, Macedonia, Romania and Serbia, while the Network is editorially also present in Greece, Bulgaria, Croatia, Moldova, Montenegro, Ukraine, the Czech Republic, Poland, Slovakia, Hungary and Slovenia. BIRN strives to empower people to access their rights, by providing accurate and relevant information and by creating opportunities for them to participate in democratic processes. Through high-quality reporting and by creating a pool of skilled journalists, BIRN examines and scrutinizes key processes, steers debates and provides the public with impartial and reliable information. BIRN Network also monitors and advocates for the transparency and accountability of public institutions and enables CSOs and citizens to influence decision-makers.

The Center for International Media Assistance (CIMA) is an initiative of the National Endowment for Democracy (NED). CIMA works to improve the development of independent media worldwide while working to strengthen the support for such development. The center works to improve the effectiveness of existing media development efforts by conducting research and bringing together a broad range of experts to share their experiences. CIMA's mission is based on the conviction that free and independent media play an indispensable role in developing sustainable democracies around the world.

The Centre for Research in Communication and Culture at Loughborough University, established in 1991, is the largest interdisciplinary center for the study of media, communication and culture in the UK enjoying a world-leading reputation for the quality of its research across a broad range of communication from social interaction to political communication and journalism.

The Center for Social Research Analitika is an independent think tank based in Sarajevo, Bosnia and Herzegovina, focusing on four thematic areas: media and democratization, public law, social policy and public administration reform in the region of Southeast Europe. Established in 2009, Analitika has implemented several dozen research projects and numerous policy-relevant events, and produced more than 150 policy studies, reports, briefs and other publications. Within the broad area of media and democratization, Analitika focuses on issues such as the effects of international media assistance programs on media and democratization and the prospects of public service broadcasting in the Western Balkans. 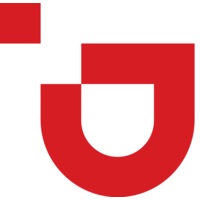 Debunk.eu is a Lithuania-born initiative which merges all means necessary to counter disinformation: the AI-based analytic tool that spots and identifies disinformation in online articles within 2 minutes from real time, the civil society of ‘elves’, the journalists who verify claims and the newsrooms that seek for maximum outreach. The platform saves 3-4 hours per day per journalist, previously spent for manual work. The technology is scalable cross-language and cross-country.

The Goldsmiths Leverhulme Media Research Centre began in 2007 by investigating whether new technology is enabling self-expression and connection in new ways, and by developing new applications for social and creative purposes. Its work since 2012 has centered on how journalism is changing, and how the media can be reformed. The Centre’s researchers continue to question the extent to which the internet is democratizing journalism. The Centre’s output includes some twenty books, nearly 100 academic essays, and numerous computer applications. It also houses the Media Reform Coalition, a campaigning organization designed to increase the diversity and accountability of UK media.

The International Press Institute (IPI) is a global organization dedicated to the promotion and protection of press freedom and the improvement of journalism practices. Founded in October 1950, the IPI has members in over 120 countries. Its membership is made up of editors and media executives working for some of the world's most respected media outlets. IPI enjoys consultative status with the UN, UNESCO and the Council of Europe, and is a member of the International Freedom of Expression Exchange, a global network of non-governmental organizations that monitors press freedom and free expression violations worldwide. In October 2006, the U.S. National Television Academy (NTA) honored IPI with an International Emmy Award for its press freedom work.

The London School of Economics Political Science (LSE) is a public research university located in London, UK. Founded in 1895 for the betterment of society, LSE joined the University of London in 1900 and established its first degree courses under the auspices of the university in 1901. LSE started awarding its own degrees in its own name in 2008, prior to which it awarded degrees of the University of London. The school is organized into 25 academic departments and institutes which conduct teaching and research across a range of pure and applied social sciences.

The Media Reform Coalition was set up in September 2011 to coordinate the most effective contribution by civil society groups, academics and media campaigners to debates over media regulation, ownership and democracy in the context of the phone hacking crisis and proposed communications legislation. It works with partner groups and individuals to produce research and to organize campaigning activities aimed at creating a media system that operates in the public interest. Media Reform represents an independent coalition of groups and individuals committed to maximizing the public interest in communications.

Mertek Media Monitor is a watchdog organization and think tank in Hungary. Founded in 2011, Mertek is a committed believer in European and international human rights standards and constitutional democracy. It has undertaken to review the implementation and impact of the Hungarian media laws adopted in 2010 and the resultant media policy measures; to contribute to the Hungarian and European discourse on freedom of expression and press freedom through its professionally grounded analyses and position papers; to promote the transparency of media policy decisions; and to ultimately exert pressure on media policy and regulatory decision-makers. Based on legal, journalistic, sociological and economic expertise, Mertek evaluates media policy measures and lays out its own policy proposals. Mertek's long-term objective is to use its expertise gathered in the context of the Hungarian media system and media policies in the process of becoming an effective participant in the activities of the international professional and civil community, to contribute to efforts which seek to scale back media policy practices that jeopardize press freedom, and to present professionally grounded models for media policy.

The Open Society Foundations work to build vibrant and tolerant democracies whose governments are accountable to their citizens. To achieve this mission, the Foundations seek to shape public policies that assure greater fairness in political, legal, and economic systems and safeguard fundamental rights. On a local level, the Open Society Foundations implement a range of initiatives to advance justice, education, public health, and independent media, and build alliances across borders and continents on issues such as corruption and freedom of information.

The Programme in Comparative Media Law and Policy (PCMLP) at the University of Oxford's Centre of Socio-Legal Studies is a research and policy program that brings together scholars, policymakers and practitioners to study contemporary issues in global media law and policy. It has a particular interest in understanding media and governance in transitioning and fragile states. PCMLP explores the vast changes in media policy across the world from multiple disciplines - law, politics, international relations, economics and anthropology, among others. It does so through empirical research that is grounded in historical context and emerges from a dialogue between all those involved and affected. Its three primary activities are conducting academic and policy relevant research; supporting and developing its network; and offering academic training and support.

The RIPE international initiative for the development of public service in media (established 2000 in Finland) is an influential global network of academic researchers and strategic managers with expertise in every relevant dimension of PSM. RIPE @Global is a project to develop a global network with the goal of building links with experts in every country where PSM is under development today. RIPE @GLOBAL aims to connect academic and applied researcher-experts of public service media around the world. It activities include an open access roster of experts, newsletters, as well as an active Facebook group for knowledge exchange. RIPE is devoted to strengthening collaboration between media researchers and (mainly) strategic managers (i.e. university-industry collaboration). The network has about 400 participants at present.

The School of International and Public Affairs (SIPA) at the Columbia University offers a variety of degree programs to meet the needs of both full-time students and working professionals. Since 1946, SIPA has equipped emerging leaders with the skills, knowledge, and intellectual rigor to solve the world’s most critical public policy, geopolitical, social, and business challenges. It is unique among public policy schools for its diverse, international student body, blend of expert scholars and practitioners who are passionately committed to driving progress in the global public interest.

The University of Santiago de Compostela is a public institution for higher education with campuses in the cities of Santiago de Compostela and Lugo (Galicia, Spain). The USC has been a hub for cultural and scientific heritage since 1495. The Department of Communication Sciences, and the Research Group “Novos Medios” in particular, has been conducting research on the relation between technology and media, its structure, audiences and funding, as well as innovation in journalism and public service media. To diversify its research, the team of Novos Medios collaborates with colleagues from the University of A Coruña (UDC) particularly in studying the press business and conducting financial analysis.