Communication Access Should Be a Component of Humanitarian Aid Toolkits, argue Coyer and Roch 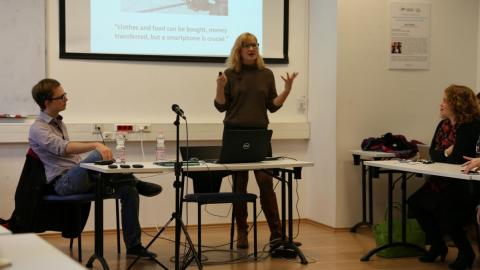 As refugees began arriving  into Budapest in greater and greater numbers in early September, CMDS Director of the Civil Society and Technology Project Kate Coyer was struck by the large number of people searching for wifi and places to charge their smartphones. “I thought there must be something we could do that was fast, affordable and flexible,” Coyer explained. “As a researcher, I’m also interested in how we can operationalize this spontaneous, grassroots initiative to continue providing services during a rapidly changing situation and connect with others in the region to build a network of support.”

The wifi hotspots and phone charging stations highlighted a key difference between access and tools. Access relates to infrastructure and connectivity. Tools include mobile apps and resources that provide information and other forms of content. “Access issues are local. You need to be physically present,” Coyer explained. “With this communication access initiative, we could provide necessary infrastructure for refugees to access the information and tools they needed.” 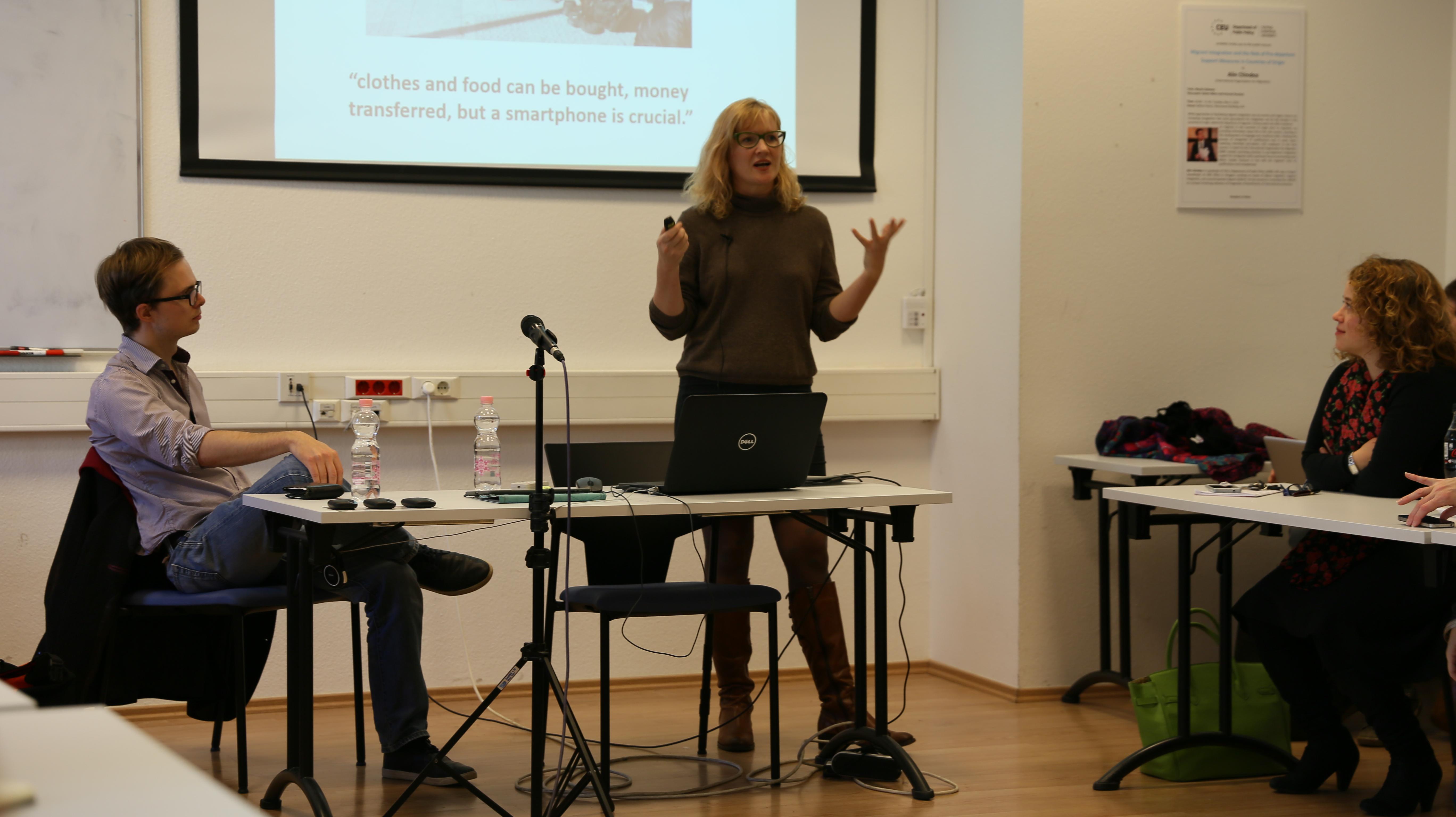 With the support of Jillian York with the Electronic Frontier Foundation, funds were quickly secured through grassroots crowdsourcing of individual donations from the digital rights activist community. For the first few days, Coyer and CEU alum Roy Kimmey simply showed up at Keleti station with mobile hotspots in their bags and signs on their backs. With the leadership of CEU Political Science Department PhD candidate Stefan Roch, the project quickly grew into a CEU community-run, voluntary initiative, with support rallied through CEU Helps. However, as Roch noted “while 1,500 Euros had been raised in just a few days, there are ongoing questions of sustainability and ongoing costs to replace broken materials,” he noted. “In terms of human resources, we also developed training sessions and improved scheduling of volunteers in order to be more efficient.”

Coyer highlighted three ways in which refugees leveraged tools on their smartphones. First and foremost was one-to-one communication through apps like Facebook Messenger, Skype, Whatsapp, and Viber. These apps allowed refugees to stay in touch with friends and relatives as well as communicate critical updates about rapidly changing situations along the route through Europe. 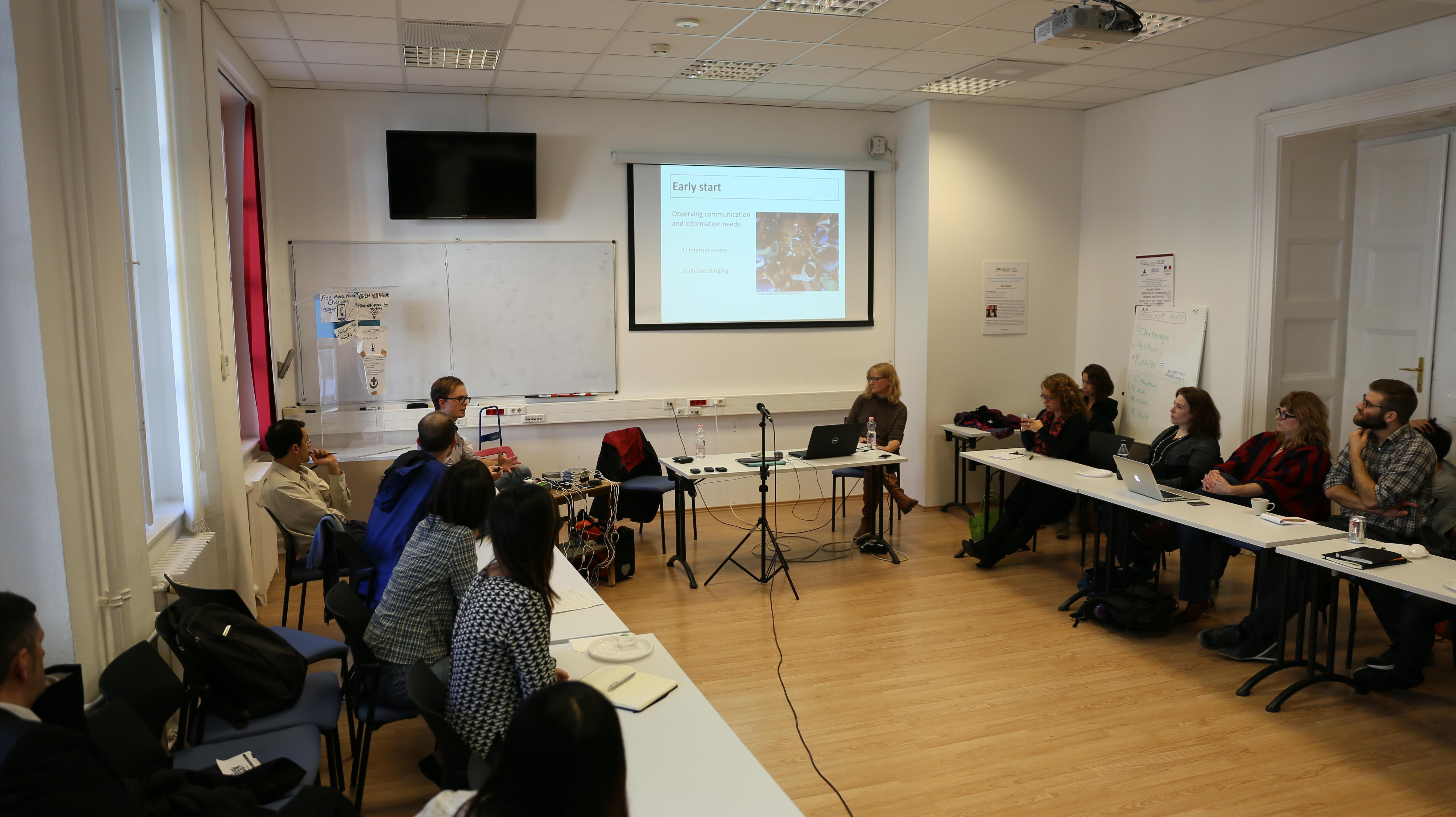 Refugees also relied heavily on navigation aids including GPS, maps, translation apps, and currency calculators to facilitate their travels to and in Europe, in addition to shared information on key Facebook pages. These apps enabled them to make smarter and safer decisions on routes and costs and also made them less reliant on traffickers in some cases, or at least better informed about the process and rates taxi touts were charging.

One more way that refugees used their smartphones was to document their journeys. Through photos, refugees could tell their own stories without relying on the media. “The power of people to tell their own narratives is so important,” Coyer noted. “This is likely the most documented humanitarian crisis yet.”

While smartphones have been crucial to the journeys of many refugees, they have also sparked backlash, highlighted Coyer. “There is a fundamental misunderstanding about who these refugees are,” she explained. The narrative of equating smartphone ownership with wealth has been reinforced by the media and exploited by governments, she argued. But owning a smartphone is by no means a sure sign of wealth since cheap models are widely available in all regions of the world. “We should also remember that refugee status is related to violence at home, not economic class,” Coyer reminded.

Coyer concluded, “While no single app can solve everything, smartphones have been a lifeline for refugees during their journeys.” Coyer and Roch continue to explore how their communications access initiative can be operationalized and replicated in other parts of Europe.