The largest players on the Slovak media market in terms of funding are the government (which controls the system of license fees for the public broadcaster and also gives subsidies and state ad money to the media) and several private actors, including foreign media houses, politicians and financial groups. Financially, the government retains a leading position with over €100m of public money invested in the media, according to the latest available data from 2016. Most of that is in the form of public funding allocated to RTVS, the Slovak public broadcaster. With the exception of several private players, the amount of public funding dwarfs the turnover of most media companies in Slovakia. 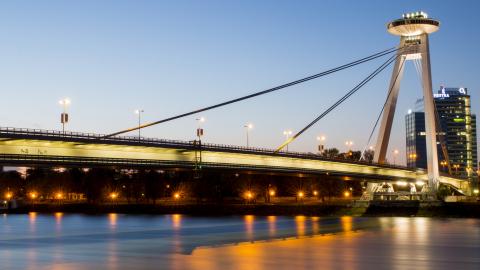 Two large financial groups, Penta Investments and J&T, have been increasing their participation in the media in the past few years. Penta Investments, particularly, controls via two companies a large portfolio of print titles and websites. The company repeatedly claimed that they view media purely as a business. They are said to be eying even more acquisitions. Penta Investments and J&T in the 1990s reaped spectacular profits off taxpayer money through state companies. They have vested interests, doing business with the government, especially in regulated sectors such as healthcare and energy.

The two main foreign players are American owned Central European Media Enterprises (CME), which controls the most popular TV channel in Slovakia, and Swiss-German publisher Ringier Axel Springer, which owns the most popular daily Novy cas, and the biggest online server, Azet.sk, along with a big portfolio of entertainment titles. However, both are planning to exit the news market. CME is reportedly planning to sell its operations, possibly to a group of oligarchs from Slovakia and the Czech Republic whereas Ringier Axel Springer announced plans to sell most of its print news media to focus solely on online portals. Some of those are news portals, of which the most popular is Aktuality.sk, the four most read website in the country.

A big technology player is Slovak Telekom, the largest advertiser in the country and one of the biggest companies in Slovakia with revenues of some €670m and net earnings of €61m in 2016. They own the second largest portal by audience, Zoznam.sk, and a popular tabloid news website.

Other prominent players in the Slovak news media sector are a small group of businessmen and politicians, including Andrej Babis, prime minister in the Czech Republic.

News is not highly profitable in Slovakia, with six of the ten largest companies in the market incurring losses in the period 2012-2016, but a lucrative subscription-based model is emerging, primarily in digital publishing. The most popular, non-tabloid, daily in Slovakia, Sme is moving toward that model as their print circulation steadily declines. DennikN, a news outlet established in 2014 by a group of breakaway reporters from Sme, claims that they have reached profitability thanks to a paywall model.