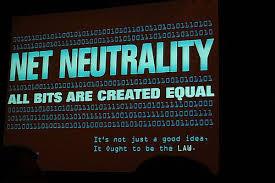 Net neutrality is a concept that sits at the heart of the Internet. It has a huge impact on economy and communications, and also influences some fundamental rights. The role of regulators in applying net neutrality rules is rather passive: they should not censor, regulate, or restrict any given content, services and applications but try to prevent discrimination between them and ensure their availability. An increasing number of people are becoming aware of the importance of net neutrality rules, but debates about how to accomplish indiscriminate access to online content, service and applications are far from consensual.

Regulators might be in consensus that the final purpose of regulation is to ensure a free internet and the wellbeing of its users and service providers. But the ultimate question is how to achieve this goal. Three principles are at stake when regulating the internet: free speech, competition and innovation/investment. Regulators have to balance between them to achieve the best result. In a 2010 report, the Federal Communications Commission (FCC) stated: “We believe these rules [net neutrality related], applied with the complementary principle of reasonable network management, will empower and protect consumers and innovators while helping ensure that the Internet continues to flourish, with robust private investment and rapid innovation at both the core and the edge of the network.”

In their attempt to ensure indiscriminate use of the Internet, regulators have to consider several key questions as following:

The overall question related to the introduction of a robust net neutrality related set of rules is: should the regulator get involved in ensuring the neutrality of the network and, if yes, to what extent?

Lobbyists in the industries involved in offering content and applications online or providing services that can fall under net neutrality rules will try to influence the regulators. At the same time, concerned citizens are afraid that private companies can censor content online if rules on net neutrality are not adopted.

There is growing literature about the net neutrality concept. However, this concept is relevant in very few countries including the United States, the EU nations and some other developed countries. In countries where official censorship is dominant, net neutrality is not a hot topic simply because Internet users are not so sensitive about the potential for censorship by private companies as they have to face government censorship in the first place.

Nonetheless, as the internet penetration is growing fast in many parts of the world and the online space is becoming central to a broad array of types of communications and exchanges, understanding how this concept is respected in various nations is more important than ever. Research of how net neutrality is defined, how legislation covers this concept and how net neutrality related legal provisions are being enforced is in high demand. Such research is also important to enable civil society groups to understand the implications for citizens/Internet users and to empower them to participate in policy discussions and decision-making processes that shape the Internet regulation in their countries.

We at the CDMS are launching a new line of research work focused on examining the existing legal provisions and regulations on net neutrality and their implementation in different countries. 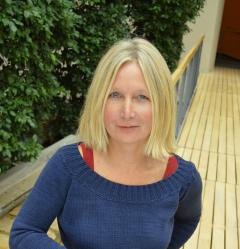 Zsuzsa Detrekoi is a TMT lawyer, and the former general counsel of one of the biggest Hungarian online content providers. She is legal counsel of a major ISP in Hungary. She also provides legal support for the Association of Hungarian Content Providers. She wrote her PhD on “Online content and other internet related regulations”, in which she also focused on the topic of Network Neutrality.