Thanks to the Constitution, Slovaks enjoy freedom of speech. Press publishing is not restricted in any way and censorship is forbidden in Slovakia. However, the Slovak media regulation remains a heavily politicized process that affects the environment in which journalists and media outlets operate, according to the report.

“All of the regulators covering media are in theory autonomous institutions, but in practice they take orders from the politicians in power as the state has the biggest say in appointing and dismissing their members,” Marius Dragomir, CMDS director and the report’s author, wrote.

Today, the most debated regulatory issue in Slovakia is the online content. There is no law governing online content in Slovakia yet, but the country’s authority in charge of media regulation, the Council for Broadcasting and Retransmission (RVR), whose original mission was to watchdog the broadcast industry, has been expanding its remit to other types of companies. The RVR has begun in recent years to monitor publishers and telcos. However, it doesn’t cover major on-demand video platforms or social networks such as Netflix and Facebook. How and when these actors will be regulated is yet to be seen.

Journalists interviewed for this report say that the internet should remain unregulated. Designing regulations for online content by using the fake news scare as a pretext is going to lead to more self-censorship among journalists and media outlets, according to the report. The culture ministry is the main initiator of media policies in Slovakia. Parliament plays an equally important role as they often alter the content of laws sent over for approval by the ministry. 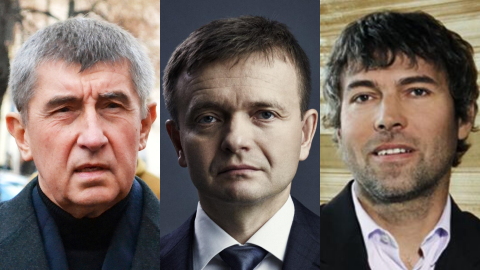 On top of political influence, Slovak media regulation is marred by lack of vision and progressive thinking. All that allows “a handful of financial powerhouses with dubious business practices” to capture the country’s news media, according to the report. Moreover, the investigation of the assassination of journalist Jan Kuciak unearthed “a cesspool of corruption and organized crime that connects major media groups, politicians and criminals,” Dragomir wrote in the report.

The most recent controversial issue related to media regulation was the approval by Parliament last year of an amendment to the Press Law that would make it easier for politicians to demand a right of reply in the media. The amendment was a response to the “media terror,” the phrase used by the ruling Smer-SD party to refer to critical media coverage.

Download the 2nd, updated edition of the Government, Politics and
Regulation section of the Media Influence Matrix Slovakia report (2020)

The regulation of media in Slovakia is a heavily politicized process. All of the regulators covering media are in theory autonomous institutions, but in practice they take orders from the politicians in power as the state has the biggest say in appointing and dismissing their boards. The sole authority directly in charge of media regulation is the Council for Broadcasting and Retransmission (RVR), a body created in the early 1990s to watchdog the broadcast industry. However, their regulatory role is decreasing as licensing of broadcasters, due to digital developments, has become a formality. 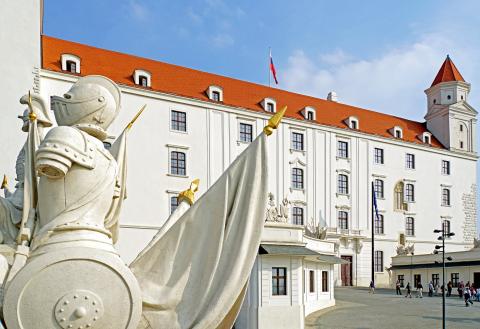 Policy in Slovakia is usually initiated by the culture ministry, which drafts most of the initial proposals for legislation in the media field. However, parliament has an equally high influence (in some cases even higher) in the policy process. A number of media laws (such as the Digital Broadcasting Act) drafted by the culture ministry have been significantly altered in parliament under pressure chiefly from private broadcasters, according to journalists and media experts interviewed for this report.

Several other regulatory authorities indirectly cover news media. In fact, a significant role in shaping the Slovak media market is played by the antitrust regulator, PMU. Its decisions, for example, allowing media acquisitions by Penta Investments, a mighty financial group, have helped this company gain an outstanding dominant position in the media market.

The biggest regulatory issue in Slovakia is the internet. This is a field that is still outside the state regulation and, according to most of the journalists interviewed for this report, it should stay like that. However, the government is looking into ways of regulating online content. Already, empowered by EU legislation, the RVR is taking its role in internet regulation more seriously than the EU ever recommended. Although it has not yet made many decisions in the online area, RVR is carving out its own territory online, regularly publishing the list of outlets that are in its regulatory sphere. These outlets are a hotchpotch of small and big broadcasters, publishers and telcos that have a presence online (who doesn’t?). Conspicuously, major on-demand suppliers and social media are not covered by RVR (or any regulator for that matter).

The key influencers in the Slovak media regulation are in a way or another associated with politics and politicians. Most of those sitting on regulatory bodies need in the first place the support of authorities (parliament or government) to be appointed in those positions. The Slovak regulatory environment is characterized by a dearth of vision and progressive thinking needed to spark innovative journalistic projects. Instead, hackneyed regulatory practices allow the Slovak news media market to get captured by a handful of financial powerhouses with dubious business practices and heavily anchored in political life.

Download the 1st edition of the Government, Politics and
Regulation section of the Media Influence Matrix Slovakia report (2018)

Download the 2nd edition of the Government, Politics and Regulation section of the Media Influence Matrix Slovakia report (2020)

Download the 1st edition of the Government, Politics and Regulation section of the Media Influence Matrix Slovakia report (2018)