The role of mass-media in treating the refugees & migrants topic 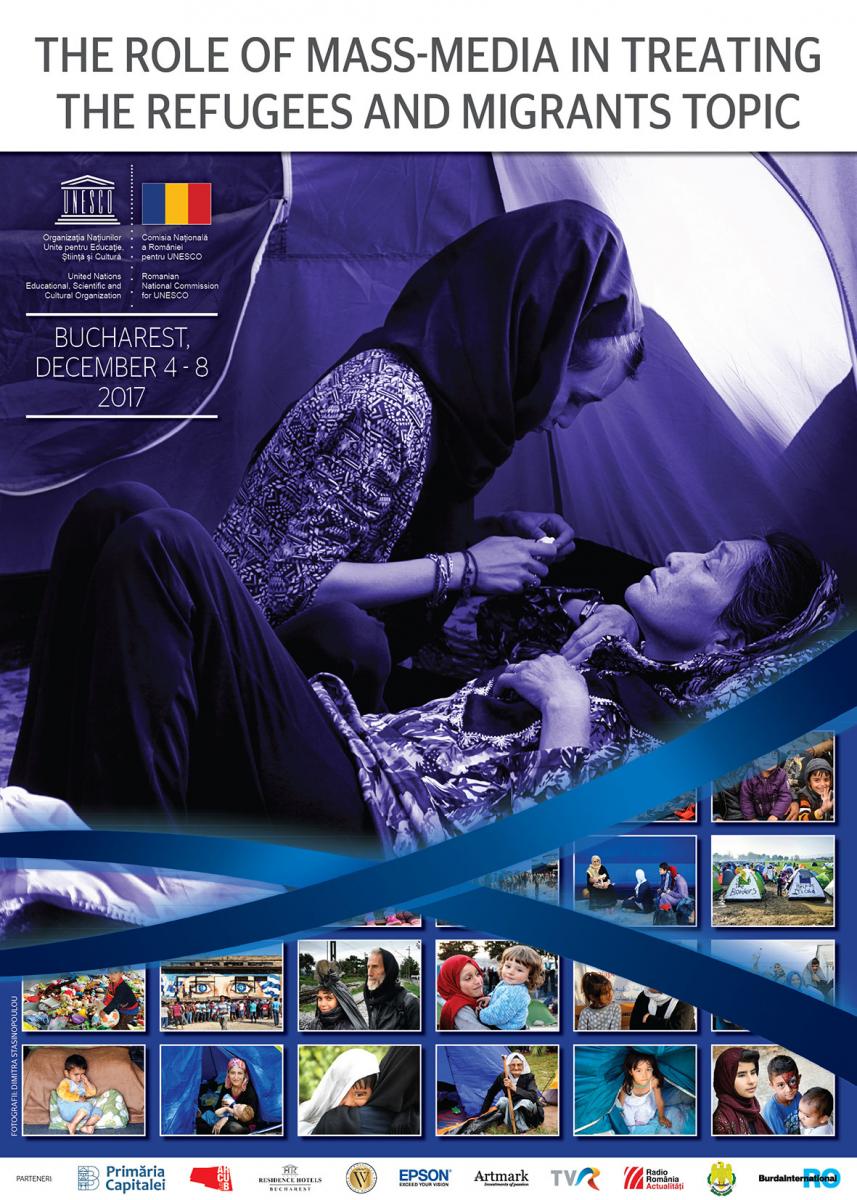 Between December 4 – 8, 2017, the National Commission of Romania for UNESCO implements the international project “The role of mass-media in treating the refugees & migrants topic”. The project aims to train 30 media representatives, from 16 European countries, on specific topics related to one of the most sensitive and pressing issues in the region, namely the hosting of refugees and migrants from disadvantaged areas of the Middle East and Africa. Developing knowledge on this topic would lead to a more reliable and more accurate media coverage.

The project implies 5 training courses, offered by specialists from Germany, Hungary, United Kingdom and Romania, as well as complementary presentations on topics related to the project theme. Among the institutions and organizations whose representatives are involved in the project activities are the German Marshall Fund of the United States, the Center for Media, Data and Society at the School of Public Policy of the Central European University, the Ethical Journalism Network, UNHCR Romania, the International Organization for Migration – Romania office, the Directorate – General for International Cooperation and Development (DEVCO) of the European Commission, TVR, the Ministry of National Defense, the Ministry of Foreign Affairs, the General Inspectorate for Immigration, the Romanian Border Police. Eva Bognar, senior program officer of CMDS will give a training entitled “The politics of media coverage: the framing of the “refugee crisis””.

For more details, please visit the website of the National Commission of Romania for UNESCO: www.cnr-unesco.ro